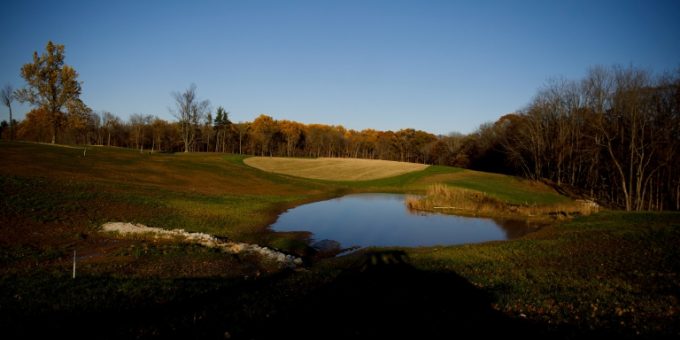 (BLOOMINGTON) – A major gift by alumni Ned and Sue Pfau to the Indiana University Bicentennial Campaign for Athletics helped fund the on-going renovation of the IU Championship Golf Course.

In recognition of the gift, the course will be permanently named “The Pfau Course at Indiana University.”

The Pfau Course will replace the IU Championship Golf Course, which opened in 1957. The course features a new routing plan for its 18-hole layout, which use the land previously occupied by the old course along with an adjacent piece of IU property that housed a portion of the IU cross country course.

The new course’s namesakes are passionate alumni of Indiana University. After graduating from IU in 1965 with a degree in business finance, Ned built a distinguished career as the president and CEO of Geo. Pfau’s Sons Company Inc. in Jeffersonville. Sue graduated from IUPUI in 1966 with a degree in physical therapy.