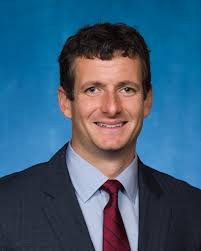 (WASHINGTON, D.C.) – Representative Trey Hollingsworth (IN-09) introduced the Livestock Protection Act of 2019 to address the deadly and costly black vulture attacks on livestock during calving season and allow Hoosier farmers to protect their livestock without interference by a bloated federal bureaucracy.

During an agriculture roundtable Representative Hollingsworth hosted in Washington County last year, a farmer shared his story about how black vultures are destroying livestock and his frustrations with current federal law. Hollingsworth took this feedback to the House of Representatives and introduced this bill to allow cattle farmers to proactively take limited action to prevent damage or destruction of livestock by predatory black vultures.

“Black vulture attacks are a real and costly problem for Hoosier farmers, and I’ve heard concerns from our agriculture community across Indiana’s Ninth District,” said Representative Trey Hollingsworth. “Our federal laws should not prevent farmers from taking proactive action against predatory birds, and the Livestock Protection Act will empower our farmers to protect their cattle.”

Representatives from Midwestern and Southeastern regions understand the challenges faced by farmers and agree that they should be able to take a proactive approach.

“Black vulture attacks on newborn calves and other livestock can have a significant impact on profitability for Hoosier cow-calf producers,” said Rep. Jim Baird (IN-04). “The current depredation permit process denies them the ability to take action against these aggressive predators. I’m proud to support this bill giving farmers and ranchers the freedom they need to protect their livestock.”

“Our nation’s cattlemen are active conservationists whose operations depend on their ability to preserve the environment and habitat of their livestock,” said Rep. Rick Crawford (AR-01). “Unfortunately, they constantly face uncertainty due to a poor market or bad weather. The last thing they need is for a predatory animal to wreak havoc on their product. Black Vultures are a costly threat to cattlemen who are left with few tools to defend their livestock. Our government should be empowering, not hindering, these business owners as they work to protect their livelihood.”

“The Livestock Protection Act is a necessary tool allowing farmers to better protect their livestock,” said Rep. Bruce Westerman (AR-04). “By cutting the red tape and bureaucracy surrounding this issue, we equip farmers to defend valuable herds against predatory birds. I’m grateful for Representative Hollingsworth’s work on this legislation.”

“This common-sense legislation works to address a growing problem for our cattlemen in Mississippi and around the country,” said Rep. Michael Guest (MS-03). “Black vultures are costing our livestock industry millions of dollars every year, but this legislation would allow for depredation permits to protect cattlemen’s herds and their livelihoods.”

“As a veterinarian, I’ve seen the threat these predators pose to farmers and their newborn calves,” said Rep. Ralph Abraham (LA-05).“Farmers and ranchers should have every right to protect their animals, and I look forward to working with Rep. Hollingsworth to get this bill passed.”

Read the full text of the legislation, here.

Migratory black vultures are protected by the Migratory Bird Treaty Act (MBTA), which provides for the protection of all migratory birds in the United States, Canada, and Mexico. Black vultures a costly nuisance to livestock farmers during calving season because they attack and destroy newborn calves and other young livestock animals.  According to 2015 data from the U.S. Department of Agriculture’s Animal and Plant Health Inspection Service (APHIS), the estimated total monetary loss from all cattle/calf predation was $183.65 million in 2015. 26,770 cattle and calf deaths have been attributed to vultures. In Indiana, 42 percent of all calf deaths caused by predators have been attributed to predatory birds.

This legislation would allow the Secretary of the Interior, in conjunction with the Director of the U.S. Fish and Wildlife Service, to issue depredation permits to livestock farmers authorizing the taking of black vultures otherwise prohibited by law to preventdamage to livestock during calving and lambing season. The bill also requires any farmers who take black vultures under the state or regionwide depredation permit to report to the appropriate enforcement agencies the takings of black vultures.

Last Congress, similar legislation was supported in the House Agriculture Committee and successfully passed the House with strong bipartisan support as an amendment to the Farm Bill, but the Senate failed to include the provision in the final version of the Farm Bill that was signed into law.