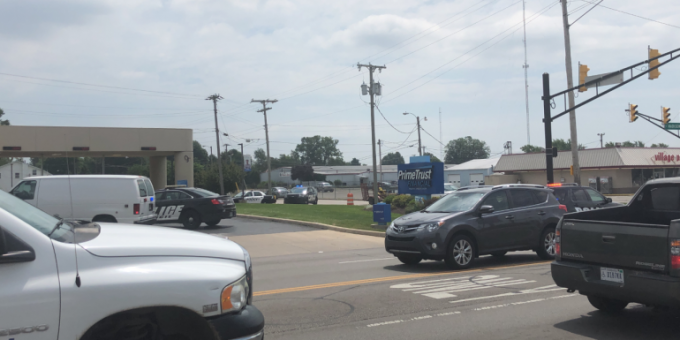 (MUNCIE) – A customer was shot Wednesday during a bank robbery in Muncie.

The incident was reported just after 12:30 p.m. at the PrimeTrust Credit Union near 26th and South Madison streets.

Muncie police say the suspect, who they described as a white male, walked into the bank and displayed a gun as he attempted to rob the bank.

A customer tried to intervene and was shot in the leg. Police described the injury as minor.