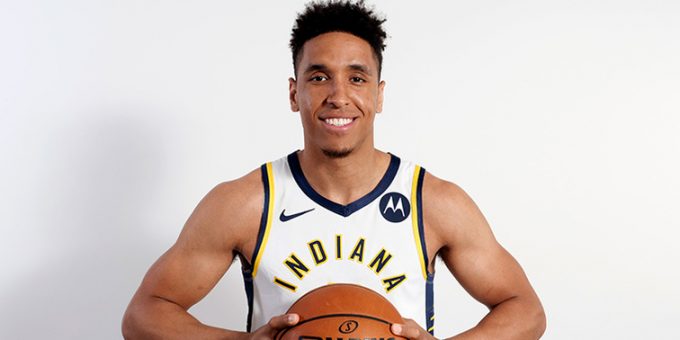 The Pacers acquired the guard in a trade with the Milwaukee Bucks once NBA Free Agency began last week.

“We were able to create the cap space, and then go after a player who we really wanted,” Pacers General Manager Kevin Pritchard said during the press conference.

Brogdon discussed what he likes about the Indiana Pacers, including how the team works together.

“There is no one guy that’s taking all the shots every night,” Brogdon said. “They have a selfless leader in Victor Oladipo, and that’s a guy I want to play with. This is a coach I want to play for. And a team I want to be a part of.”

Head coach Nate McMillan says once Oladipo returns from his knee injury he suffered last season, he and Brogdon will make a great duo.

“Getting this guard combination of Malcolm and Victor, going into the future, just feels like the right fit,” McMillan said. “He really checks all the boxes.”

At the end of the press conference, Brogdon posed for photos with his new Pacers jersey. He will wear number 7 this upcoming season.