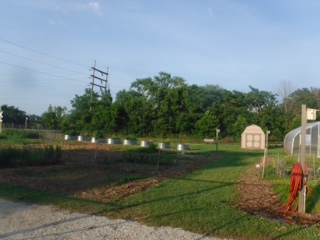 (BEDFORD) – The last bee ordinance was approved in 1957, and Barry Jeskewich appeared before the city council to have that ordinance updated.

The Bedford Parks Department has been working with the Bedford Beekeepers Association and the Garden Club to help pollinate the Garden Park on the city’s north side.

According to the current city ordinance, the group would only be allowed to have one beehive at the location. But because of the size of the land area, they would like to be able to add one more hive.

The council voted to approve the new ordinance.

The council approved a tax abatement for Stone City Products. The business continued to grow and was able to add employees. The number of employees added was beyond what was required by the terms of the tax abatement adding 17 new employees to their 107 current employees.

Utility Director Misty Adams appeared before the city council requesting an amendment to the salary ordinance. Health Insurance is due every July. The Mayor requested if there is an increase in health insurance cost that it be taken out of the insurance fund versus the general fund or employee fund. The City Council approved the new ordinance.

A public hearing was conducted on vacating an alley between two properties located at 2033 16th Street. The city owns 10 feet of that alley between the two businesses. Jeff Bland, the owner of the other adjacent business, told the council he was opposed to that recommendation. There was also some disagreement on how the 10 feet of city property was being used.

Barry Jeskewich told the council that the city was interested in using the 10 feet as a path to the parking lot, and walking trail should the city decide to purchase near-by property and create a walking path to the Milwaukee Trail.

The council decided to table the motion pending on how to enforce the public use of the alley.