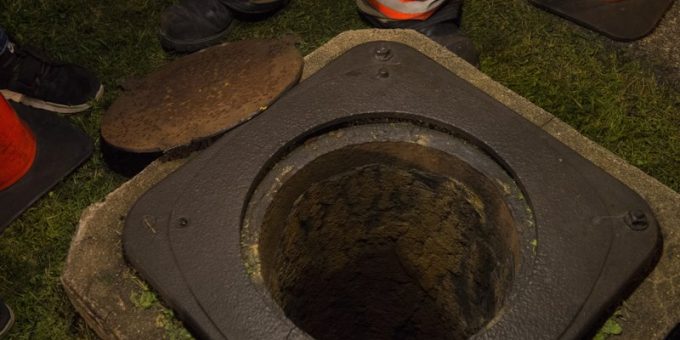 A crowd watched as rescuers in Evansville lowered a swing-set seat into the pipe and pulled him up Thursday night. The fire department says the boy was not injured besides cuts and scrapes, and that he was alert the entire time. The effort lasted more than an hour.

It’s unclear how the boy fell into the pipe, which had a lid and only was 16 inches (40 centimeters) in diameter. Air was pumped into the pipe to ensure sufficient oxygen.

Mark Mastison of the fire department says lowering the seat was “plan F.” He says his crew “went through A through E already.”