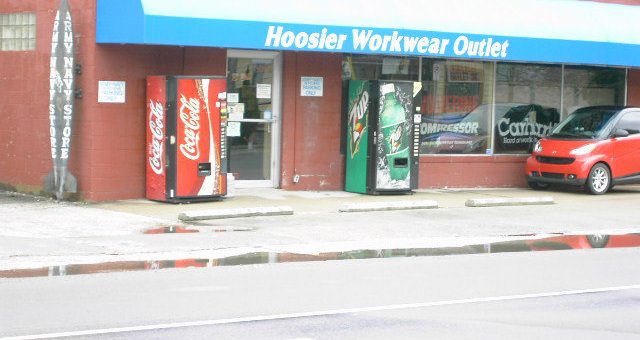 (BLOOMINGTON) – Bloomington Police are looking for a male suspect that broke a window and stole an estimated $1,400 worth of merchandise from Hoosier Workwear Outlet early Thursday morning.

Officers were called to the store, located at 207 South Rogers Street, around 3 p.m. When they arrived they found the front window was broken and a large rock lying on the sidewalk below that window.

According to Lt. John Kovach, the male suspect likely entered the building through the window during the early morning hours on Thursday.

A security camera in the shop showed a white male wearing a black bandana and black pants.

He also thought sweatshirts could be missing from the store but was not sure.

The owner valued the damage to the front window at $500.

Anyone with information about the burglary is asked to call the Bloomington Police Department at 812-339-4477.