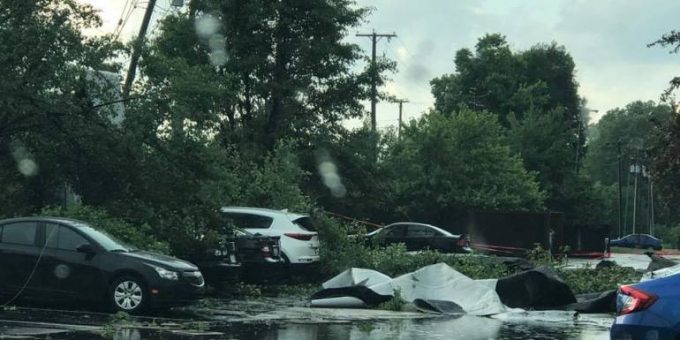 (MUNCIE) – Strong thunderstorms that moved across Indiana damaged homes, knocked down trees and dumped heavy rain that flooded some roadways.

The storms hit on Tuesday evening, with damage reported to some buildings in the Muncie area. A storage barn had its roof blown off. A few thousand electricity customers lost power due to the weather.