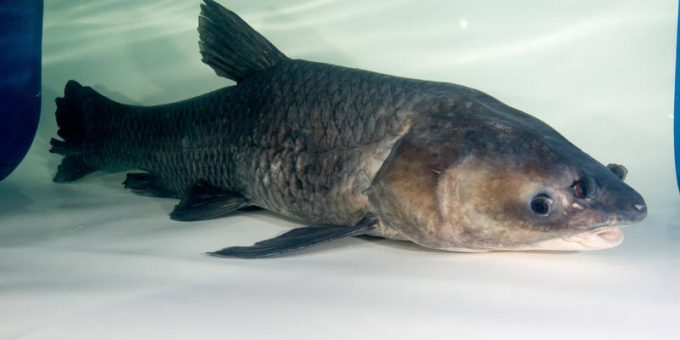 Black carp feed on mollusks. They pose a serious threat to Indiana’s native mussel species , many of which are listed as endangered or of special concern.

Black carp are native to Asia. They’ve been moving throughout the Mississippi River basin since escaping from captivity decades ago.

The DNR asks anyone who catches a suspected black carp to keep it, note its location, cool it on ice once it’s dead and report it to the DNR by calling 1-866-663-9684.