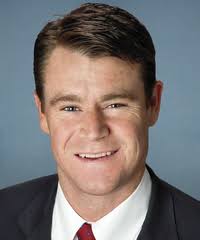 (WASHINGTON) – US Senator Todd Young (R-Ind.) today announced that key components of his Tobacco to 21 Act passed out of the Senate Health, Education, Labor and Pensions (HELP) Committee as part of the Lower Health Care Costs Act. the tobacco to 21 Act would prohibit the sale of tobacco products, including e-cigarettes, to anyone under the age of 21.

“This is excellent news for Hoosiers and all Americans. Our bill to raise the tobacco age to 21 is now one step closer to becoming law,” said Senator Young. “I will continue working to ensure that this important life-saving legislation passes the full Senate and is signed by the President.”

“The nationwide epidemic of tobacco and electronic cigarette use among high school and middle school students can no longer be ignored. Roughly 95 percent of adult smokers began smoking before the age of 21, and the Centers for Disease Control and Prevention estimate that smoking-related illness in the United States costs more than $300 billion a year. More must be done at the federal level to prevent future smokers from starting, and experts consistently recommend raising the tobacco age as a top priority to protect our kids and reduce health care costs,” Senator Young added.