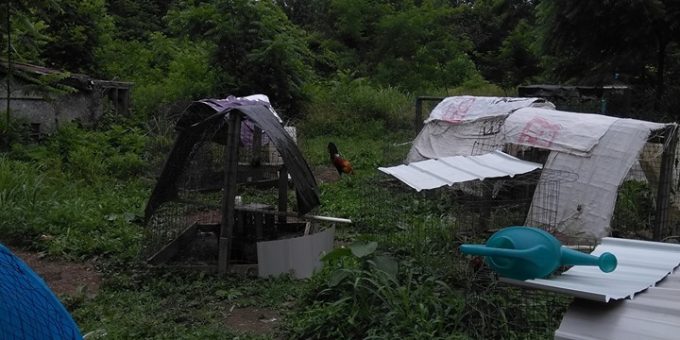 On June 20, 2019 police served a search warrant at home of Jeffrey Pierce and Kristen Hammond.

Authorities say some of the roosters were ‘dubbed’ which is a process where a rooster’s comb, wattles, and earlobes are removed. This process is done to birds involved in fighting. Two of the roosters also had their spurs altered.

Officers say they located drug paraphernalia and meth in the home.