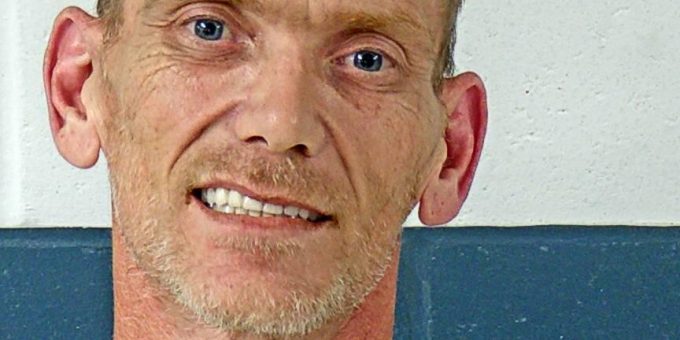 (BEDFORD) – A Mitchell man was arrested on drug charges on Thursday after Bedford Police stopped the vehicle he was a passenger in for a traffic violation.

Police arrested 42-year-old Kevin Diehl, who was a passenger in the vehicle.

According to Bedford Police Chief Terry Moore, during the traffic stop officers noticed that Diehl keep grabbing at his waistband and was asked several times to stop.

“Mr. Diehl continued to grab at his waistband as if he was going to remove something and when he refused to stop officers attempted to detain him,” Chief Moore added. “He forcibly pulled away and tried to walk off.”

He was also charged with disorderly conduct after refusing to lower his voice while yelling profanities near a business.