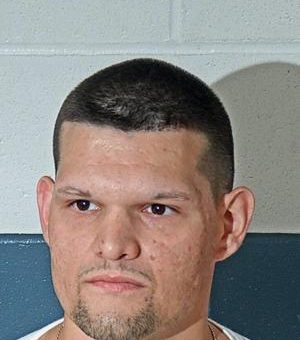 On Thursday ISP conducted surveillance on the couple’s home at 2010 12th Street after receiving three anonymous complaints of possible drug activity and numerous vehicles coming and going from the home.

Troopers arrested Endris after they saw her leave a home on Washington Avenue in a black Kia at 6:45 a.m. The vehicle traveled north on 19th Street and crossed the center line. Troopers then stopped the vehicle.

Endris told police she was trying to eat ice cream and admitted to driving over the center line. During the stop, a police dog alerted troopers to possible drugs in the vehicle. They found a mirror with drug residue, which tested positive for heroin, in addition to a ledger with writing describing “grams,” “folds,” and prices. Police then requested a search warrant for the 12th Street home.

Just before police searched the home, a red GMC Canyon left and was located at Washington and 19th streets. Valencia was the driver of this vehicle at the time of the investigation. A police canine alerted troopers to possible drugs and they found a piece of foil containing a rock of heroin.

During a search of the home, police found numerous syringes, metal tin cups, and packages of cotton balls, and a bag containing a dark colored rock substance that tested positive for heroin.

Endris told police that she gets her heroin from a source in Indianapolis where she purchases five grams of heroin for $400 each time. She told police she and Valencia used some of the heroin and then sold the rest.