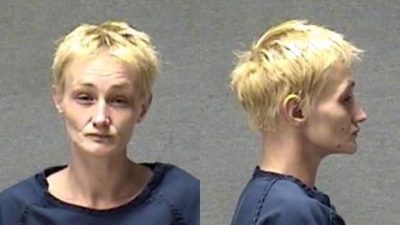 (MUNCIE) – A Muncie woman has been arrested on charges related to the death of her 3-month-old daughter.

Police arrested 32-year-old Sarah Ann Styhl on a charge of neglect of a dependent resulting in death.

Around 10:45 a.m. Saturday, authorities were called to Muncie’s Young Women’s Christian Association at 310 E. Charles St. after the mother alerted a staff member that her child was unresponsive. The two had reportedly been staying there since Tuesday.

Paramedics rushed the baby, Shea Anna Marie Styhl, to IU Health Ball Memorial Hospital where she was pronounced dead. The infant had suffered several burns on her body including her face, and multiple bone fractures, some of which doctors say were in different stages of the healing process.

When police searched the room in which the mother and child had been staying, they were said to have found “burn spray,” several diaper rash ointments and Icy Hot Patches. The room had no bathroom or cooking facilities.

The mother told police she had no knowledge of the baby’s injuries or how she got them. When police continued to question her she became argumentative and requested an attorney.