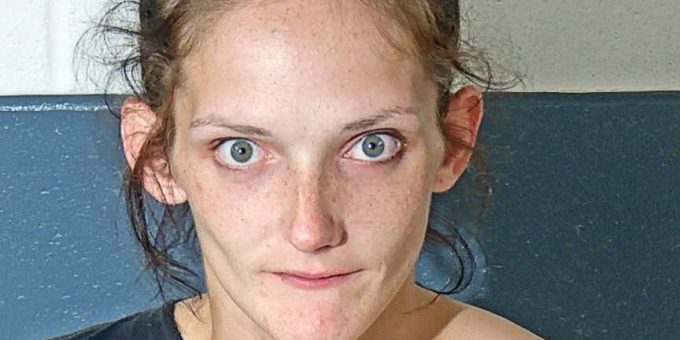 (BEDFORD) – A Bedford woman was arrested Thursday morning after she was found intoxicated in the lobby of the Lawrence County Sheriff’s Department.

According to Bedford Police Chief Terry Moore, an officer was called to the sheriff’s department after a report of a woman in the lobby making strange statements.

“She would not sit still and was repeatedly asking for water,” says Chief Moore. “Ms. Arnold admitted to suing meth and suboxone earlier in the day. She was asked several times to leave the jail lobby, but refused and continued to act and make strange statements.”