(COLUMBUS) – A correction’s officer at the Bartholomew County Jail was attacked over the weekend while attempting to remove an inmate from his cell. 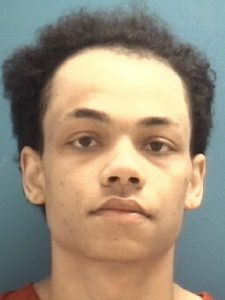 The Bartholomew County Sheriff’s Department says that at approximately 2:18 p.m. Saturday, Bradley McRae attacked a female officer by punching her in the back of the neck and head before he was detained by other officers. The officer was treated and released and she has returned to work.
Bartholomew County Sheriff Matt Myers says incidents like these will not be tolerated.
“If we need to lock down every block in the jail and adhere only to federal guidelines as to the amount of time that inmates can leave their cells each day, then that is what we will do,” Myers adds that can be as little as one hour per day. “I take the safety of our employees seriously and I will make sure that we take all necessary measures to keep them safe.”
McRae was arrested May 24th by the Bartholomew County Joint Narcotics Enforcement Team for bringing heroin and fentanyl into the community out of Cincinnati. He is facing charges of dealing in a narcotic drug and driving while suspended with a prior conviction. He was also wanted on a warrant for dealing in a narcotic drug.
Authorities say a detailed report of the attack will be sent to the Bartholomew County Prosecutor’s Office for charges to be filed.