(BLOOMINGTON) – Eduardo Posso wanted to be a juggler when he grew up.

He was shackled, starved and died on May 23 at IU Health Bloomington Hospital after he became too week to feed himself.
According to a probable cause affidavit, Eduardo was brought unconscious to the hospital by his father at about 2:52 a.m. on May 24 and was pronounced dead at 3:05 a.m.
Posso initially told officers Eduardo fell in the shower the day before and sustained a bump on the back of his head that bled. He said he cleaned the wound, but was awakened by the boy struggling to breathe shortly before being transported to the hospital, the affidavit says.

His father 32-year-old Luis Posso and his stepmother 25-year-old Dayana Medina-Flores were charged Friday with his murder, child neglect an battery. They are being held without bond in the Monroe County Correction Center.
After weeks of being chained and left alone in the bathroom of a Monroe County motel room, beaten and shocked with an electronic dog shock collar, the 12-year-old boy became incoherent and unresponsive, according to court documents.
His 9-year-old sister told police that her brother was thin and had stopped eating. In his last few days, while Eduardo could still speak, he told her he “just wanted to juggle and be free.”
According to Monroe County Coroner Joanie Shields, when Eduardo died, he was “severely emaciated,” weighing 50 to 55 pounds. He had bruises and showed signs of starvation, neglect, and physical abuse.
Posso and Medina-Flores, transient circus promoters, were in Bloomington for work with Eduardo and three other children in their care, police said. They had been staying at the Economy Inn for about a week, according to a probable cause affidavit.
During an interview with detectives, Posso said Eduardo was a “normal, healthy child” with no underlying health issues, Monroe County Sheriff’s Office Det. Andrew Rushing wrote in the affidavit. Posso reportedly said his son fell in the shower the day before his death and sustained a bump on his head.
When shown the bruises on Eduardo, Posso allegedly told police he spanked Eduardo with a belt.
Posso couldn’t explain the severity of Eduardo’s condition and told police he was just “skinny”.
After the boy’s death, police searched the motel room and found chains, ropes, restraint cuffs, padlocks, an electronic dog shock collar and web-based security cameras in the bathroom. On the suspects’ cellphones, they found recordings and photos of the abuse, according to court documents. 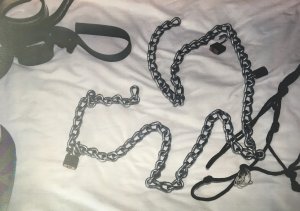 A video found on Medina-Flores’ cellphone showed Eduardo laying in the bathtub with his hands and feet bound, according to the affidavit. He was chained to the washcloth bar in the bathtub, the dog collar affixed to his neck.
Police say Medina-Flores told detectives that Posso would use the chains to restrain Eduardo and would use the dog collar to shock him.
Posso and Medina-Flores allegedly told police that Eduardo acted up the most out of the children. Posso allegedly admitted to physically abusing the child, but the couple denied withholding food from him.
Police say they found a text message, written in Spanish, that was sent from Posso’s cellphone to Medina-Flores’ in April. “Eduardo was almost out of the chains,” the message read.
Three other children, ages 9, 5, and 2, appear to be healthy and are in state custody, authorities said.
The five-year-old told police that Eduardo was “bad and not part of the family.”
According to the affidavit, Posso said he and Medina-Flores worked for a third party company named Cirque Italia that hired them to travel state to state to distribute advertisements. Posso and Medina-Flores also had the children help pass out flyers as none of the children were enrolled in school.
Investigators in Florida found no evidence of abuse before the family came to Bloomington.
“Every time I tried, nobody would want to listen,” said Aurea Esmerlda Garcia, his mother,. She knew something was wrong and contacted authorities months before his death.
The family previously lived in Myakka City, Florida, a rural area of Manatee County. Garcia said she didn’t know they had left.
An incident report from September 2017 showed Luis Posso’s mother as the reporting party. The report stated she complained Eduardo was hit several times on his head. Investigators stated during interviews with Eduardo and his parents that he hit his cheek on his knee while trying to do a flip on the trampoline. Investigators wrote the case was unfounded, and no crime occurred.
Another incident report from November 2018 showed allegations Eduardo was hit in the face causing a bruise. The report states “this is a circus performer family. Investigation shows the child obtained the bruise during juggling practice. Case is unfounded.”
Warren said multiple investigators found no signs of abuse or neglect. 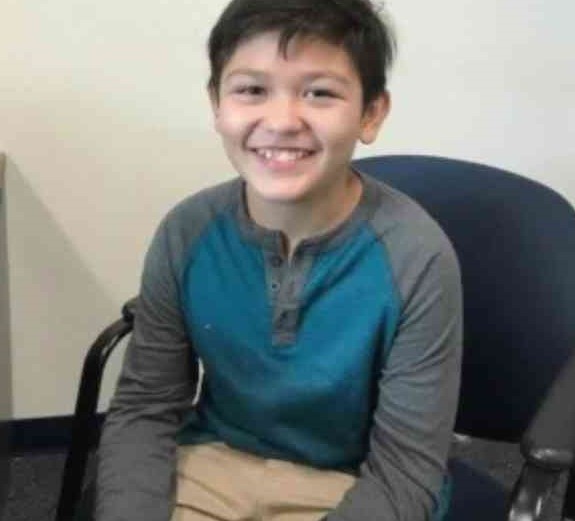 Warren said the last time they saw him was at the conclusion of an investigation December 3 when the photo of him smiling, sitting in the chair was taken.
“The child Eduardo was able to talk to us and denied that there had been any abuse, he was seemingly healthy, seemingly happy,” Warren said.
“You know looking back at it, we feel very confident that we did everything that we could to find signs of abuse and neglect and they did not exist at that time,” said Randy Warren, a public information officer for the Manatee County Sheriff’s Office. “Certainly nothing to the level of what would have occurred in his life in the last couple of weeks or months.”
Warren said their office had investigated five allegations from different sources, including Eduardo’s biological mother. They were in March 2017, September 2017, November 2017, February 2018 and November 2018.
Some incident reports showed concerns about bruises.