(SHOALS) – One woman was arrested, four people were injured in a head-on collision on State Road 450 Wednesday afternoon.

The accident was reported at approximately 4:25, a half a mile south of Hickory Ridge Church. 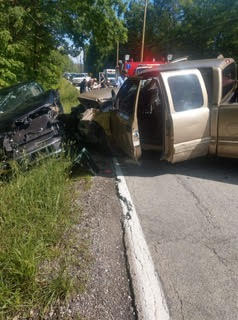 According to a Martin County Sheriff’s report, 34-year-old Valarie McCarthy, of Shoals was traveling south on State Road 450 in a 2001 Chevy Silverado when she drove left of the center line. Her vehicle struck an oncoming 2016 Ford-150, driven by 48-year-old Kevin Scott Hert Sr., of Shoals. 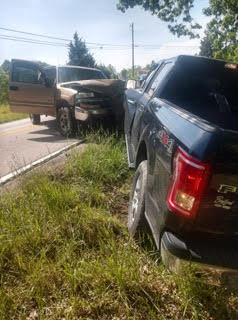 Upon impact, McCarthy’s vehicle stopped in the northbound lane, and Hert vehicle came to rest on the east side of the highway.
Three passengers in Hert’s vehicle, including two minors, where transported to Daviess Community Hospital by Martin County Ambulance for treatment of
injuries sustained in the accident.
A fourth passenger in Hert’s vehicle was transported by a family member, at the scene.
At the time of the crash, McCarthy had two minor children with her. One suffered an abrasion to her neck in the crash. 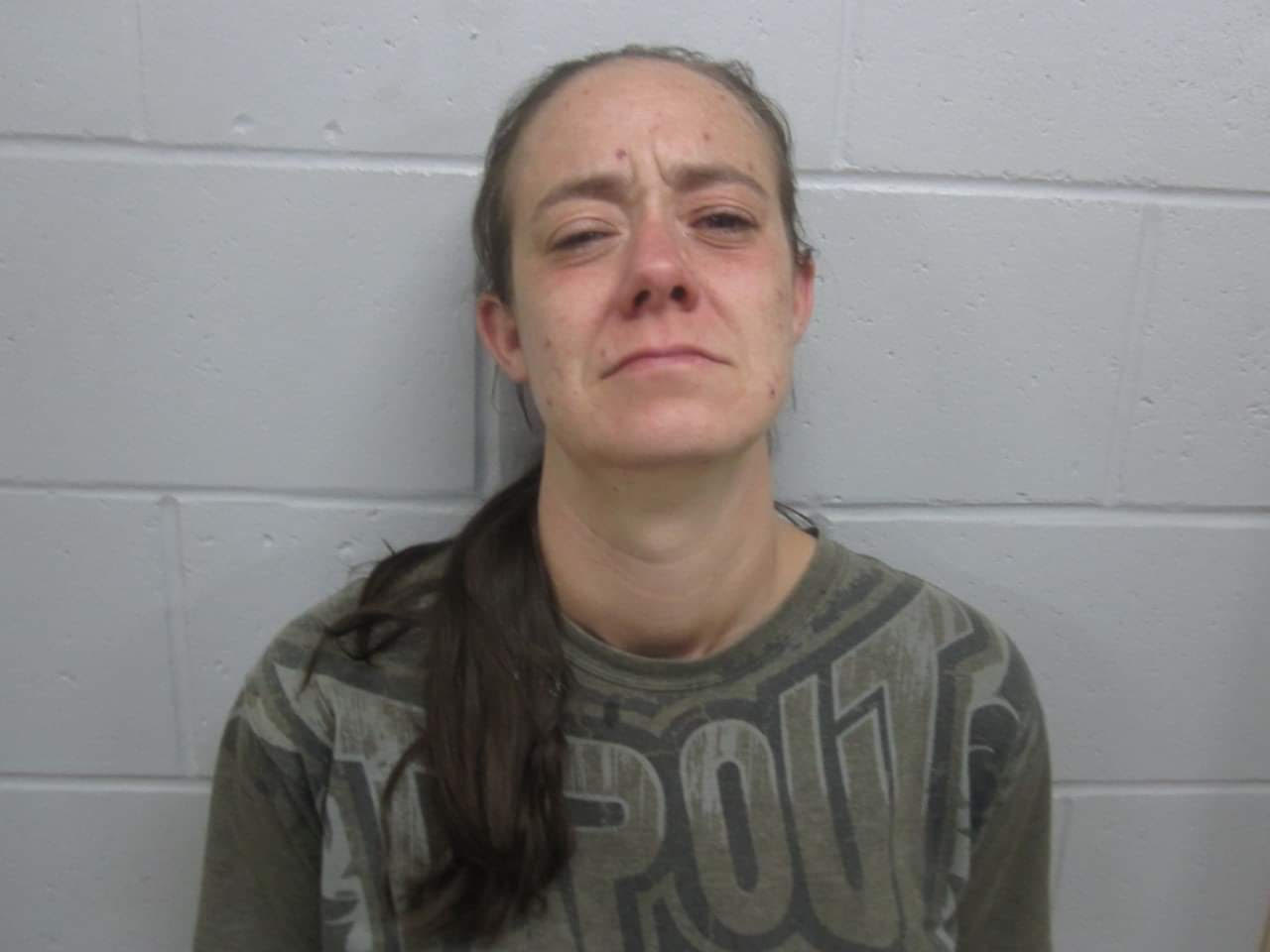