(COLUMBUS) – Two Columbus residents are being accused of bringing fentanyl and heroin into the community and selling it here. That is after a long investigation by the county Joint Narcotics Enforcement Team concluded the drugs were being smuggled in from Cincinnati. 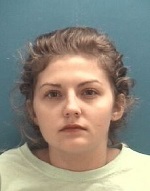 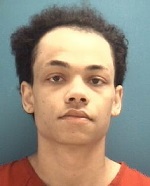 Bradley McRae
After securing arrest warrants for 20-year-old Chandler B. Goddard and 23-year-old Bradley A. McRae, their vehicle was stopped Friday afternoon near Hartsville. A Bartholomew County sheriff’s department police dog alerted to the odor of narcotics and officers located fentanyl inside Goddard’s purse. Goddard was also found to be carrying a quarter ounce of fentanyl in a body cavity.
Goddard is facing preliminary charges of dealing in a narcotic drug along with possession of narcotics, marijuana and drug paraphernalia. McRae is being accused of dealing in narcotics and driving while suspended with a prior conviction.