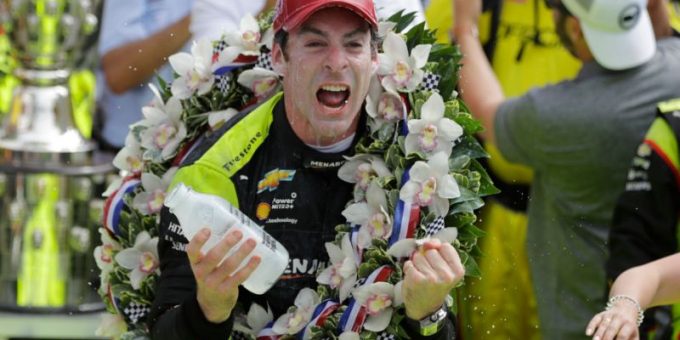 (INDIANAPOLIS, IN) – Pole-sitter Simon Pagenaud would not be denied victory as he outdueled Alexander Rossi to claim victory in the 103rd running of the Indianapolis 500.

Pagenaud and Rossi traded the lead multiple times in the final 14 laps after a red flag restart with the Frenchman taking the lead for good with a lap left.

A red flag on Lap 178 came after six cars were involved in a wreck as Sebastian Bourdais and Graham Rahal bumped tires sending them into the wall and taking Scott Dixon, Felix Rosenqvist, Charlie Kimball and Zach Veach with them.

With double points available on Sunday, Pagenaud vaulted into the NTT series points leader by a single point over teammate Josef Newgarden.