(BEDFORD) – Bedford Police officers arrested a man after he crashed the car he was driving into a police vehicle early Wednesday morning. 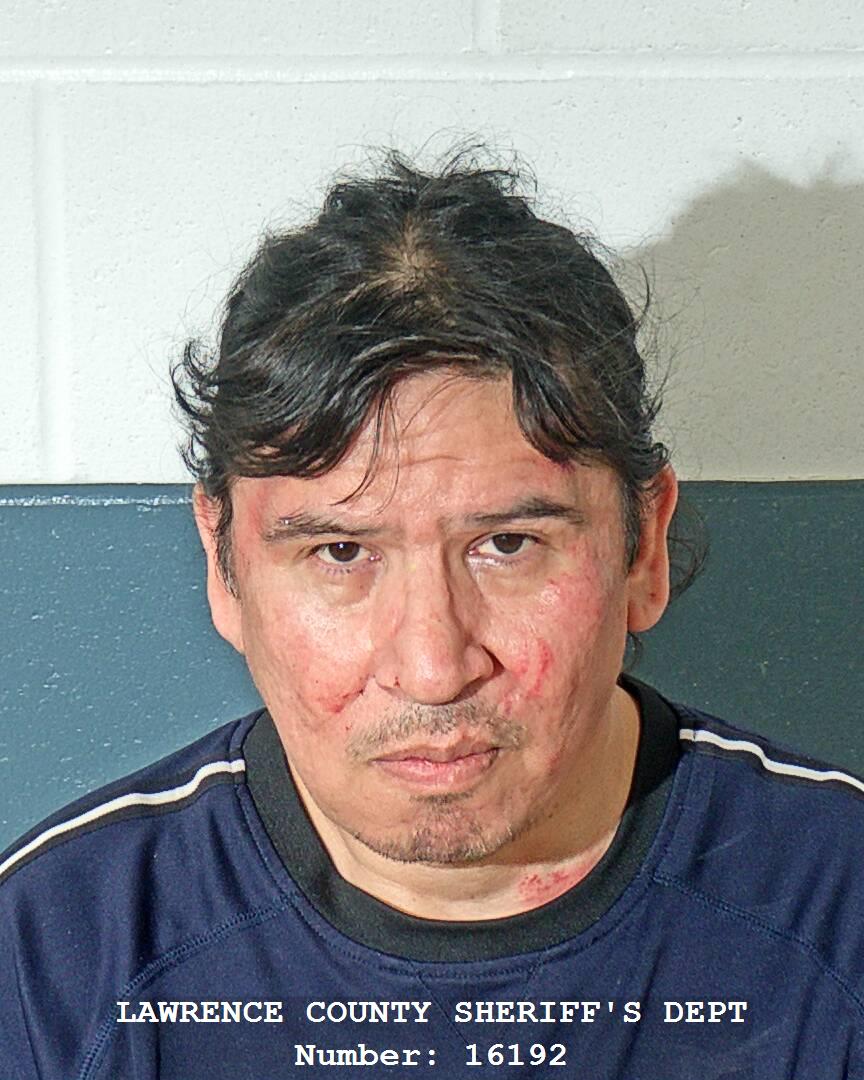 According to a Bedford Police report, 46-year-old Frank Thunderhawk of Bedford was arrested on charges of operating a vehicle while intoxicated, OWI endangerment, refusal to identify himself, being an unlicensed driver, two counts of resisting arrest, auto theft, reckless driving causing property damage. He was issued a citation for driving left of center, driving the wrong way on a one-way street, having improper tail lights.
The incident happened at 1:23 a.m.
Bedford Police Officer Toby Gerkin was on duty and was attempting to stop Thunderhawk for a traffic violation.
Officer Gerkin had on his lights and siren, but Thunderhawk refused to stop and continued driving with the officer pursuing him.
Officer Gerkin says Thunderhawk refused to pull over the 2001 Chevrolet Monte Carlo for several blocks. He finally stopped the car after turning east on 34th Street from Washington Avenue.
Officer Gerkin pulled the police car, a 2017 Dodge Charger, in front of Thunderhawk attempting to block him in so he would not flee.
Officer Gerkin then stopped the police car, and that is when Thunderhawk accelerated striking the police vehicle.