(BEDFORD) – Bedford Parks Department Director Barry Jeskewich updated the board on several projects that have been completed, during their regular meeting Tuesday afternoon. 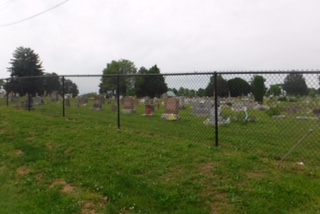 The fencing around Beech Grove Cemetery is complete which helped with beautification of the grounds. 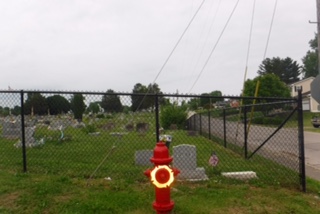 Jeskewich reminds resident that all flowers and other decorations in the cemetery need to be removed before Monday.
No flowers, shrubs, decorative plants nor trees are to be planted at the cemetery. All flowers or decorations must be placed on the headstones or Sheppard’s hooks.
Crews have completed or are nearly completed the installation of new playground equipment the Community Gardens and making the restrooms ADA compliant.
The Bee Keeper Association and Master Gardeners are in the process of getting their projects underway.
After receiving approval from the Board of Works in their meeting on Monday, the director has started discussions with engineers plans for the Splash Pad. The Bedford Recreation Association and the City of Bedford will both be putting up $75,000 toward the project.
The engineering study will cost $4,900, and the study will take a few months to complete.
Crews installed ADA compliant handrails at the soccer field, and the pool is up and running without any issues or concerns needing to be addressed.
During the Duck Derby, everything was working well. The new camera systems for the pool is operational and being used to address some security issues. 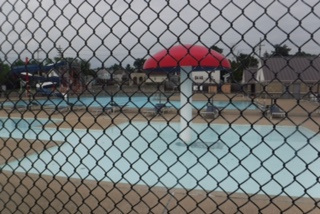 The scoreboard at Murray Forest Park was dedicated during the Santa Slugger, by ” Friends of Butch Fish. The fundraising efforts were spearheaded by Steve Warren.
Steve Turner and wife Charlotte have donated money for a second scoreboard at Murray. And the hope is someone will come forward to donate a third scoreboard.
Crews mowed the ball fields at the park, and they are in good shape.
Recreation Director gives updates:
Gary Dorsett Recreation Director advised the board eight teams played in the Santa Slugger Tournament. Around $800 was made for the Santa House.
He also took a group to Cubs vs. Reds on May 14th. It was a great game and trip. The next trip will be June 19th, Reds vs.Houston Astros. Play begins at 12:35 p.m. The bus will depart from the Parks Department at 8:30 a.m. The cost is $40 and there must be a minimum of eight people attending.
The Parks Department is partnering with Dr. Jim Sowders, Dr. Andrea Rope, and Hoosier Hills Armed Forces Family Association to put on a free pool party for active duty military, National Guard reserves, veterans, city, county
police officers, and their families. The event will be on June 15th from 6:30 p.m. until 8:30 p.m. at John Lowery Pool.
Dorsett says they want to honor and thank the military, police, firefighters, and their families for their service and sacrifice they do for us daily. There will be food, fun, and fellowship. The event is free. Tickets are available and can be picked up at Parks Department or Dr. Sowders Office.
Youth Summer Club starts June 4th. This is a free program promoting physical activity. The club will meet for 8 weeks on Tuesday and Thursdays. Grades K-3 will be from 8:30 until 8:50 a.m. and 4-6 grades will meet from 9 a.m. until 9:50 a.m. This is a free program and will last a total of 8 weeks they will meet every Tuesday and Thursday. A total of 25 youth have already registered.
Other Summer Programs and Events include Dog Basic Manners, Yoga, Swim for Independence, Rock-A-Hula Luau, Pickle Ball League, Dubois County Bombers Game, Under the Lights Swim and Dive in Movies, Car Show, First Tee JR. Golf Camp and Aqua Zumba for a complete list of dates, times and costs contact the Bedford Parks Department at 812-275-5692 or like them on Facebook