Unser, 57, was stopped in Avon, just west of Indianapolis. 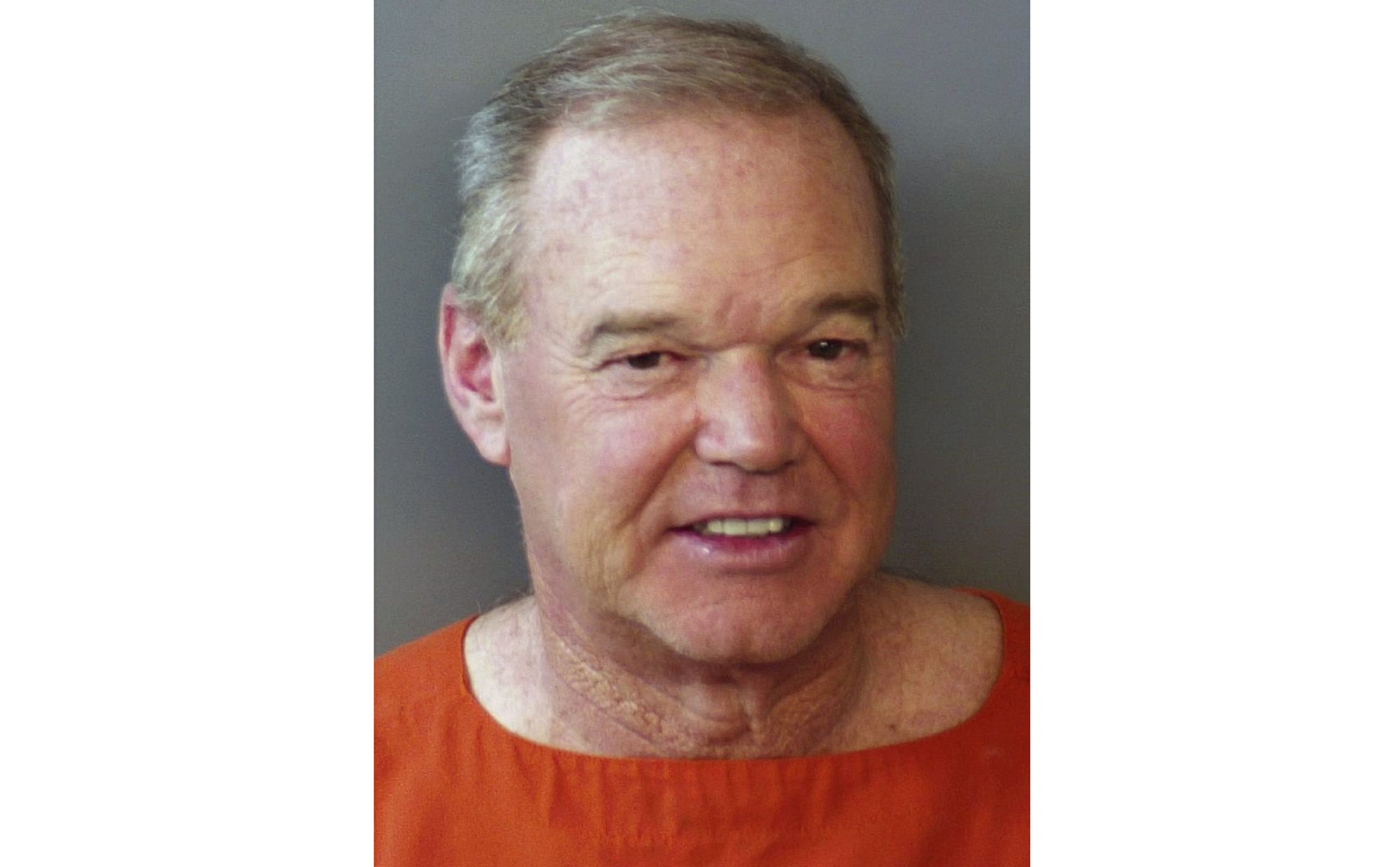 Photo provided by the Hendricks County Sheriff’s Office
He was jailed about 3:20 a.m. in Hendricks County on a charge of operating a vehicle while intoxicated. Unser’s attorney declined to comment Monday.
An Avon officer pulled Unser’s vehicle over shortly after 1 a.m., clocking it going 59 mph in a 45 mph zone and drifting from his driving lane, according to a police report. The officer later noticed Unser’s eyes were red and glassy and his speech slurred.
Unser said he hadn’t been drinking. He staggered to the rear of the vehicle after exiting the car, lost his balance, fell to the ground and rolled down an embankment, the report said.
Blood was drawn from Unser after he refused to take a field sobriety test. Results were pending.
The arresting officer, identified in the police report only as “J. Schwartz,” wrote that Unser complained about the handcuffs placed on him.
“At the police department, Unser Jr. complained about the tightness of the handcuffs on his wrists,” the officer wrote. “Tightness was checked multiple times and after continued complaints, I slightly loosened them further.”
Unser again complained about the handcuffs as he was being taken to a hospital to have his blood drawn, the report said.
“I stopped my vehicle and checked for tightness again to find the tightness of the handcuffs appropriate,” the officer wrote. “During my entire interaction with Unser Jr., he was consistently verbally hostile toward assisting officers and I.”
Unser is a consultant with the Harding Steinbrenner Racing team.
“The entire Harding Steinbrenner Racing organization is saddened to learn of Al Unser Jr’s arrest on an OWI charge,” the team tweeted Monday. “Alcoholism is a disease and a continuing battle for those struggling with it. At this time, we do support Al in any way that he needs.”
INDYCAR and Indianapolis Motor Speedway also released a statement, saying “Al Jr. is loved by the racing community. Everyone at INDYCAR and Indianapolis Motor Speedway is with him and his family and stand ready to provide the support he needs.”
Unser is the son of Indy 500 racing legend Al Unser and the nephew of three-time Indy winner Bobby Unser. Unser Jr. competed in the Indianapolis 500 19 times, winning the race in 1994 and 1992. He also won two CART points titles and two IROC championships.
He was arrested in New Mexico in 2011 on drunken and reckless driving charges. Authorities in Albuquerque said Unser was driving more than 100 mph while drag racing against the driver of another vehicle.
Unser pleaded no contest to driving under the influence charge stemming from a January 2007 crash on a Nevada freeway. Nevada authorities said Unser’s blood-alcohol content was three times the legal limit and he failed field sobriety tests. As part of the plea deal, Unser lost his driver’s license for 90 days, was fined $1,000 and had to attend a drunken driving school, a victim-impact panel and undergo alcohol abuse evaluation.
Information from: The Indianapolis Star, http://www.indystar.com