(UPLAND) – Dozens of graduates and faculty have protested the selection of Vice President Mike Pence as the commencement speaker at Taylor University in Indiana by walking out moments before his introduction.

The Indianapolis Star reports the protesters in caps and gowns rose and quietly walked down the aisle and out of the auditorium in the Kesler Student Activities Center at the university in Upland, Indiana. 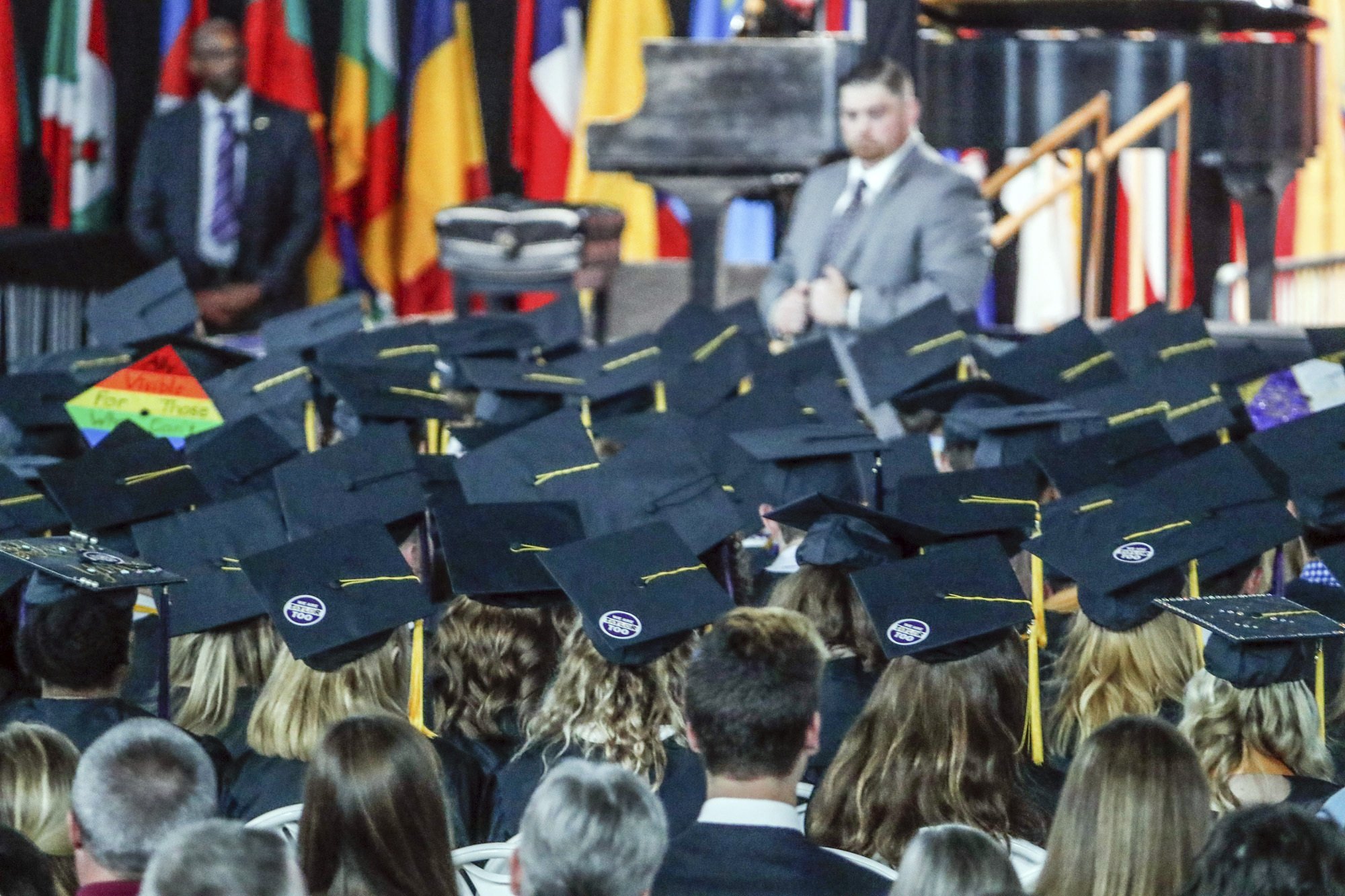 Some students and faculty wear “We Are Taylor Too” stickers in protest over the selection of Vice President Mike Pence to give the commencement address at Taylor University, Saturday – Photo Michelle Pemberton, The Indianapolis Star via AP
The protest was planned and discussed prior to Saturday’s ceremony. Some faculty and students at the nondenominational Christian liberal arts school debated the appropriateness of the former Indiana governor at the commencement ceremony.
Most of Taylor’s graduating class did not leave. Pence received a standing ovation.
Graduate Laura Rathburn said Pence’s “presence makes it difficult for everyone at Taylor to feel welcomed.”
Information from: The Indianapolis Star, http://www.indystar.com