(WASHINGTON, D.C.) – Today, Representative Trey Hollingsworth (IN-09) introduced the Protecting Officers of the Law In Civilian Establishments (POLICE) Act to rectify a double standard in current federal law that requires law enforcement officers to disarm before entering the federal property. 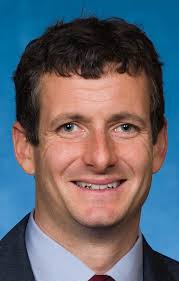 Rep. Trey Hollingsworth
“This week is National Police Week, a time to reflect on our brave law enforcement officers throughout the country who have given their lives to protect others,” said Representative Trey Hollingsworth. “I’m honored to reintroduce the POLICE Act and offer additional protections to our policemen and women who dedicate their lives to keeping us safe.”
Recent executive interpretation of federal law currently prohibits state and local law enforcement officers from carrying their agency-issued firearms onto the civilian federal property unless the officers are responding to incidents in progress or are specifically called to the location. This double standard means any officers who might need to visit federal facilities throughout the day would be required to disarm beforehand and would be unable to respond to incidents in their communities until they rearm. In 2017, Floyd County Sheriff Frank Loop contacted Representative Hollingsworth to share his frustration with how this federal law makes his officers vulnerable and unable to respond to an emergency.
Together, Sheriff Loop and Representative Hollingsworth wrote the POLICE Act to allow uniformed law enforcement officers to remain armed on certain civilian public access federal facilities. The POLICE Act ensures our publicly recognizable law enforcement officers are always ready to respond when necessary.
“Congressman Hollingsworth is always available and enthusiastic to listen to the thoughts and concerns of Indiana’s law enforcement,” said Floyd County Sheriff Frank Loop. “An unarmed police officer is limited in the action they can take to protect themselves or the public in an emergency. The POLICE Act fixes this double standard our current law places on law enforcement and helps better protect our policemen and women.”
“As the son of a Georgia state trooper, I know how important it is for officers to be able to protect communities and themselves,” said Rep. Doug Collins (GA-09), Ranking Member of the House Judiciary Committee. “The POLICE Act would make every American safer by allowing non-federal law enforcement officers to remain armed while on federal property. I appreciate Congressman Hollingsworth’s leadership on the POLICE Act, and I look forward to working with him to pass this important legislation through the Judiciary Committee and the House.”
Read the full text of the legislation, here.
National Police Week is a national observance that pays tribute to local, state, and federal officers who have died, or who have been disabled, in the line of duty.