(BARTHOLOMEW CO.) – Jurors found Ruel Pedigo III guilty on all three counts in the death of a Brown County man. 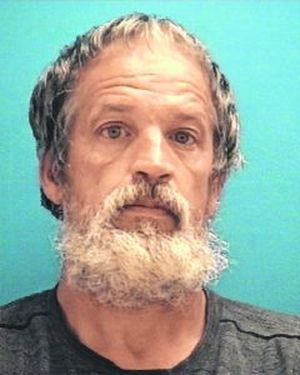 Pedigo, 50, a Columbus tow truck driver was found guilty of causing a rear-end collision while under the influence of meth. The accident caused the death of 36-year-old Patrick Bowman and seriously injured Bowman’s fiancee Sarah Fliehman.
The jury trial began Tuesday in Bartholomew Circuit Court. The case was given to the jury at 9:51 a.m. today after closing arguments from the prosecution and defense.
The jury found Pedigo found guilty of reckless homicide, operating a vehicle with a controlled substance in his blood and causing serious bodily injury when operating a motor vehicle with a controlled substance in his blood. All three counts are felonies.
Pedigo’s sentencing is set for 9 a.m. July 12. Judge Kelly Benjamin allowed Pedigo to remain free on bond until his sentencing.
The charges stem from a multi-vehicle accident at 7:40 p.m. Jan. 27, 2018, in the eastbound lanes of Jonathan Moore Pike near Johnson Boulevard, involving as many as six vehicles.
Investigators said Pedigo was driving a Ford F-650 tow truck with a vehicle on the flatbed when he rear-ended a Mazda 3, driven by Bowman.
Several collisions occurred among vehicles in front of the Mazda after the tow truck it hit, accident reconstructionists said in court documents.
Pedigo told investigators he had exited I-65 South and was heading east on Jonathan Moore Pike when an unidentified small black car changed from the left turn lane to Pedigo’s lane. Pedigo told police he tried to brake, but slid, causing the accident, court documents state.
Pedigo told police he was going 25 to 30 mph when he hit the Mazda. However, when investigators downloaded the airbag diagnostic sensing module in the tow truck, the data showed he was traveling between 37 and 40 mph in the seconds leading up to the crash. Police say he did not apply the brakes until about 1 second before impact with the Mazda, court documents state.
A toxicology report showed Pedigo had methamphetamine and amphetamine, in his blood when the accident occurred.
Pedigo was arrested in May 2018.