Indiana State Police say that Lonsberry was driving southbound in his pickup at about 5:30 p.m. Saturday afternoon near Private Road 625W, when the truck went off the west side of the highway, striking a utility pole and flipping over. 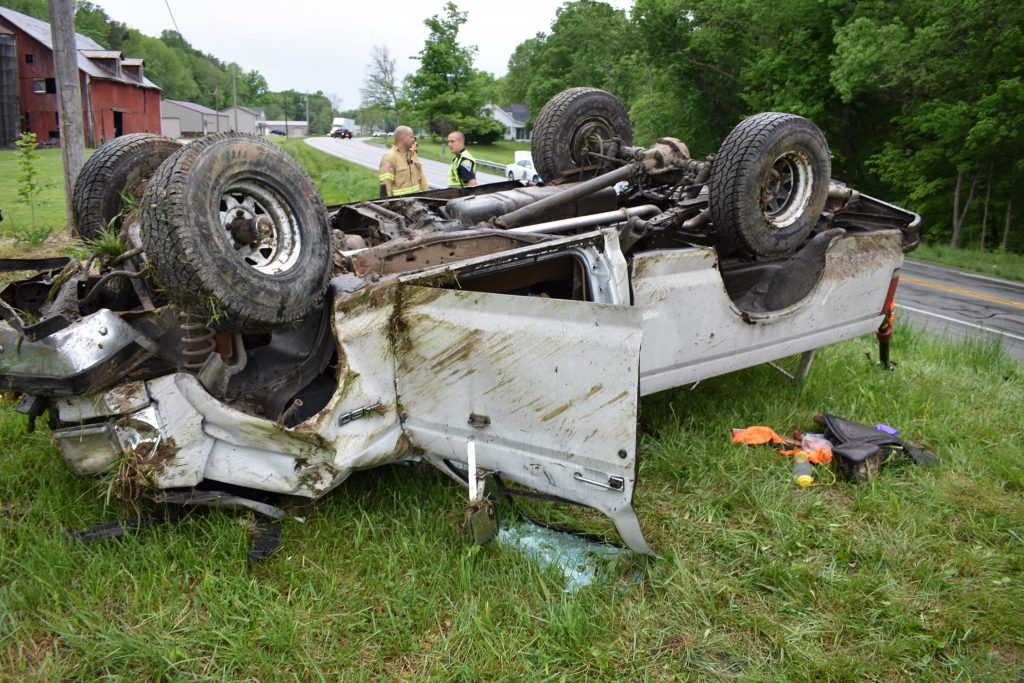 Lonsberry and a passenger, 52-year-old Mary Lonsberry, were trapped in the wreckage and had to be rescued by emergency personnel.
Mary Lonsberry was taken to Columbus Regional Hospital with serious injuries.
State Road 7 was closed for about an hour for crash investigation and cleanup.
Also assisting at the scene, were the Jennings County Sheriff’s Department, Jennings County EMS, Scipio-Geneva Fire Department, and Clark’s Wrecker Service.