(MARTINSVILLE) – Former Martinsville Police Chief Matt Long was placed on unpaid leave in a split vote during a special meeting of the temporary board of public works and safety late Friday morning. 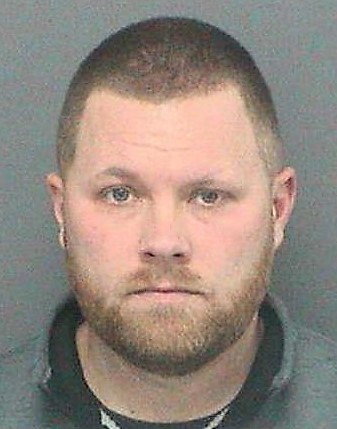 In January, Martinsville Mayor Shannon Kohl placed Long on paid administrative leave until after an investigation by the Indiana State Board of Accounts found discrepancies in his compensation.
Roger Wiltermood was appointed as interim police chief, he has since been hired to fill the chief position.
Officials say 40-year-old Long used his computer for banking three and a half weeks of sick days which he was not entitled to and cashed them out for $1,530. In a State Board of Accounts audit that was released they discovered that payment and a much larger one for nearly $6,800 in unearned overtime pay.
Long was placed on paid leave in January. He was arrested Wednesday, Feb. 27 on charges of theft and two felony counts of official misconduct and was released on his own recognizance.