(BEECH GROVE) – A Kentucky soldier has been arrested in the fatal shooting of an Indiana teenager. 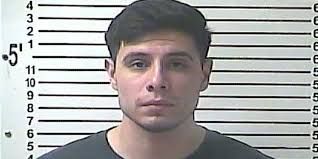 Authorities announced Tuesday that 26-year-old military police Sgt. German Parra was arrested in Kentucky on charges including murder in the death of 16-year-old Xavier Weir. News outlets report authorities say the Fort Knox soldier is originally from Indianapolis.
They say Parra and a teenager accused Weir of robbing the teen’s brother and set up a fake drug deal last month to confront him. Video shows Parra and the teenager arriving at the scene and firing at a car carrying Weir. The teen was arrested shortly after and charged as an adult with murder. That arrest led authorities to Parra, who’s set to appear in court May 24.
It’s unclear if the teen or Parra have lawyers.