(CLARK CO.) – Rolling lane closures on I-65 are scheduled to begin Monday, April 29, at approximately 9 p.m., to allow crews to begin demolition of the Biggs Road Bridge near Memphis in Clark County.

Closures will begin in the right lane of I-65 SB Monday evening, moving east across additional lanes, and eventually to I-65 NB as demolition work is completed above the interstate. Traffic in affected lanes will be stopped and released in 20-minute intervals during demolition work. Intermittent lane closures will continue from 9 p.m. to 6 a.m. throughout the week until demolition is complete. 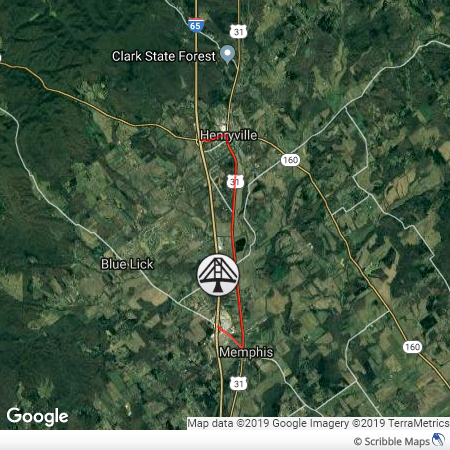 Motorists should expect delays when traveling in the area during nighttime hours. Speed restrictions of 60 mph are in place from exit 19 (S.R. 160) to exit 15 (Memphis/Blue Lick Road) for both north and southbound lanes. Concurrent north and southbound closures are not expected. The official state detour for the closures is U.S. 31 to Memphis-Blue Lick Road. The Biggs Road Bridge replacement project is expected to be completed in early August.