(CLARKSVILLE) – The man shot by Clarksville Police during a domestic call this past Friday evening has been identified as 43-year-old Max David Helton of 514 Howard Street in Clarksville.

An autopsy conducted by the Jefferson County, Kentucky Coroner’s Office listed the cause of death as a gunshot wound to the chest.
This investigation is still on-going, and further information about the officer or officers involved will be released at a later date.
Earlier – At approximately 10:30 p.m. Friday, Officers from the Clarksville Police Department were dispatched to the residence located at 514 West Howard Street after receiving a 911 call for a domestic disturbance, possibly involving a gun. State Troopers from the Sellersburg Post also responded to assist. 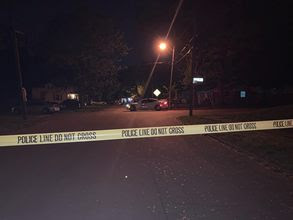