Steve Warren and friends of Butch Fish donated a scoreboard for field one at Murray Park in honor of “Ralph” Butch Fish. 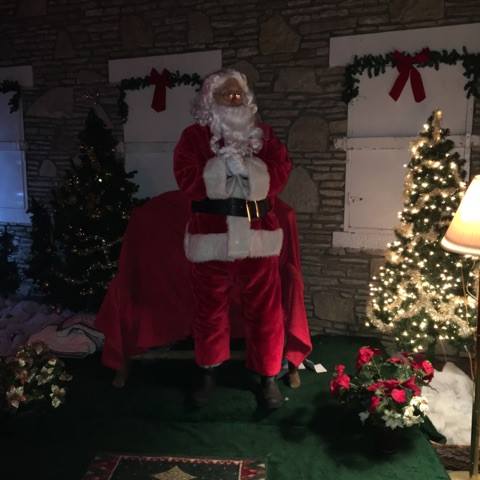 Although no longer with us, Fish was awarded the Life-Time Achievement Award for his contributions to the community. He worked at General Motors for 40 years of his life but is most known for playing Santa at the Bedford Parks Department’s annual Santa House and supporting youth activities in the community. 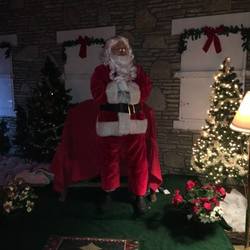 Fish, 68, was a member of the Bedford Parks Board and Lions Club. He also volunteered to work on the Milwaukee Trail, community garden and Murray Forest Park and Otis Golf Course.
The scoreboard will be delivered Friday. A dedication ceremony will be held soon.
The group will be working to secure funding to replace some of the other scoreboards at Murray Park.
Other repairs include:

Otis Park Stone Wall
Crews are also preserving the stones falling from the wall surrounding Otis Park. Several people have expressed interest in preserving the wall including Dan Bortner and Adele Bowden Purlee and members of the Friends of Otis Park. Officials say repairing the wall will be an expensive undertaking. The group is seeking possible grant funding and looking into another fundraising possibility to pay for repairs.
2019 Tournament Schedule Changes
The changes to the tournament schedule were approved by the board. Hawkins – Bailey has changed the date from August 13 to September 10.
The second item was Wayne Fulgate wanted to schedule a date on May 11 for the Orleans Booster Club. After a little discussion, the board approved the request with one member opposed to the motion.
2019 Fees Waived
The 2019 fees waived was approved by the board, with all voting in favor of the motion.
Recreation Director Report
The Mother/Son Nerf Boot Camp held on March 8 was a success – Thanks to the First Baptist Church for allowing the use of their facility. More than 165 mother/sons attended the event.
The Parks Department will present a March 26th Park Outdoor Series on Mushrooms, at 6 p.m. at the Wilson Park Shelterhouse, to attend RSVP at the Parks Office.
Sign up for the second session of Women’s and Coed volleyball is in progress.
The 3rd Session of Basic Manners Classes for dogs begins May 6. The four-week class cost $75. Classes will be held at Wilson Park from 6 p.m. until 7 p.m. The course is taught by dog trainer Mary Hall of Good Life K9. To sign up contact the Bedford Parks Department.
On April 3, the Parks Department is offering a trip to attend the Brewers vs. Reds baseball game. The bus will leave Thornton Park at 8:30 a.m. The cost including tickets to the game is $40 a person.
Easter Extravaganza will be April 20 from 10 a.m. until 11:45 a.m. at Stalker Elementary. The Easter Egg hunt will begin at Noon on the fields of Murray Park.
The deadline to sign up a team for adult softball is April 12 at 4 p.m.
An Umpire Clinic will be held on Saturday, April 6 from 9 a.m. until 11 a.m. at the FOP building in Murray
Park.
The Butch Fish Santa Slugger will be held May 11-12. The entry fee for both men’s and coed teams is $160. The deadline to register is May 9 at 4 p.m.
All nighter registrations are underway; entry fee is $300, the deadline to register is after the first 40 men’s team, and first 20 women’s teams paid or May 17 at 4 p.m.
Golf Professional Report
Signups for PGA Junior League are available online at pgajlg.com.
A PING demo day is scheduled for March 11 from noon until 3 p.m. There is a signup sheet in the Golf Pro Shop at Otis Park. It is only available for the first 7 participants. However, they will be available to fit anyone wanting to try new products they have to offer.
A new drinking fountain was purchased for the golf shop. The drinking fountain will be installed inside the golf shop in the next few weeks.
New yardage signs have been installed at the driving range.
On April 1 Otis Park Park Men’s Club will be meeting at the Bath House at 6 p.m.
Amended the Employee and Military Price Policy
With an oversight in how the policy was written, the board amended the policy to include employees of the city, retirees and active military personnel.