Every state except Hawaii allows 18-year-olds to get a trucker’s license — but they can’t cross state lines. 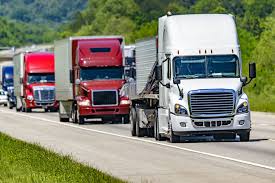 Indiana Motor Truck Association president Gary Langston says the trucking industry nationwide has a driver shortage of at least 50,000 drivers.
The association is backing bills authored by Indiana Senator Todd Young and Congressman Trey Hollingsworth to lift the restriction.
Senator Young says the bill would require drivers to do 400 hours of supervised practice in addition to getting their license.