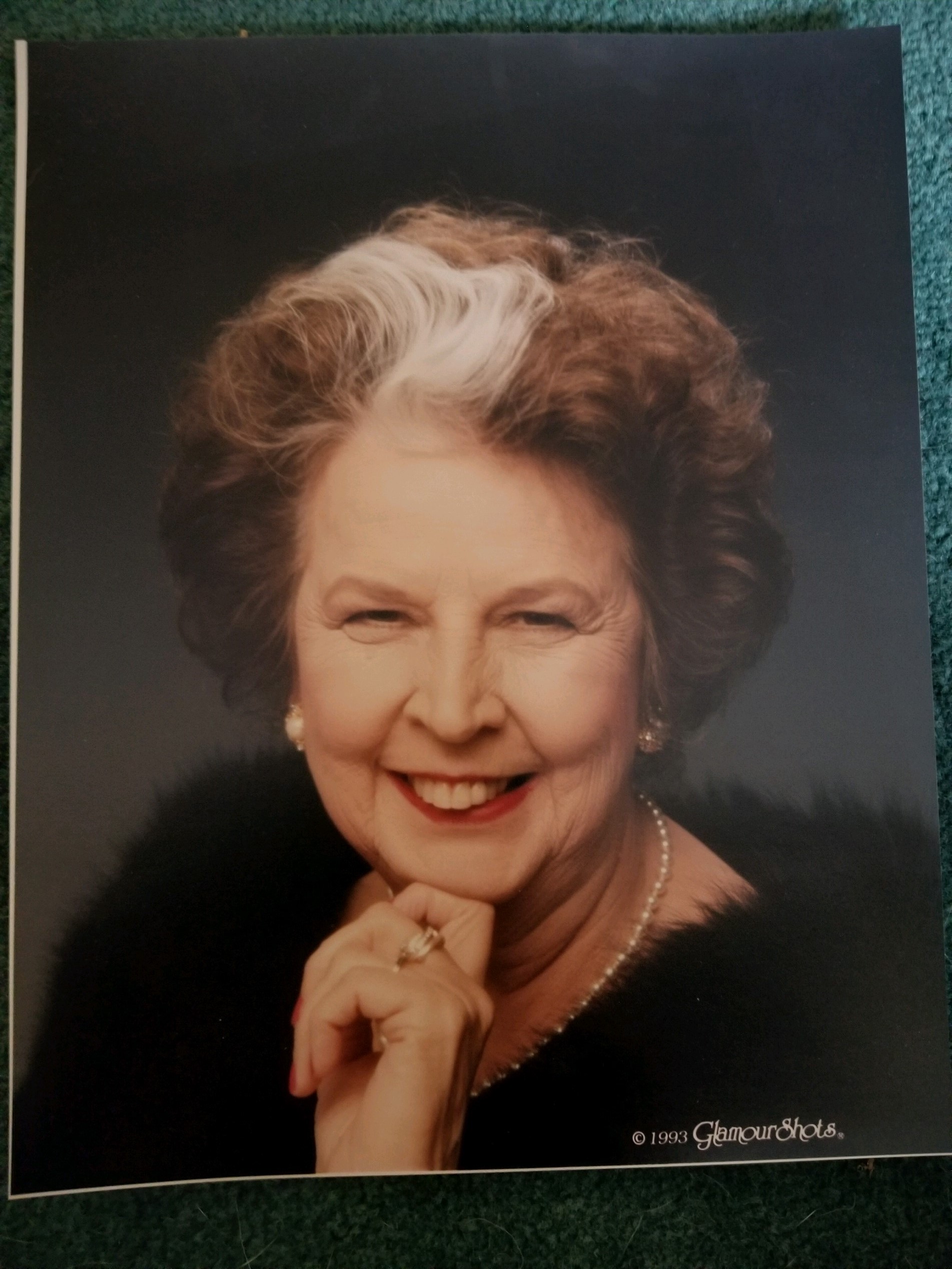 February 2, 1923 – February 7, 2019
Martha Susan (Pitman) Hudson, 96, passed away Thursday, February 7, 2019, in Indianapolis.
Born February 2, 1923, in Bedford, Indiana, she was the youngest child of Robert and Blanche (Chilton) Pitman. She married Charles William (Bill) Hudson, and he preceded her in death in 2015.
Martha graduated from Bedford High School in 1941. In 1946 she graduated from Indiana University with a Bachelor’s in Social Work and served as vice-president of Mortar Board. She worked in Dayton, Ohio, as a social worker before her marriage and later worked for The Children’s Bureau in Indianapolis. She enjoyed the social and service opportunities as a member of Tri Kappa and was a member of Crestview Christian Church in Indianapolis. Martha and Maxine Zollman co-owned The Lawrence House, a home accessories store on the square in Bedford. Martha loved to travel with her family and proclaimed all the places they visited as “breathtaking.”
She is survived by her daughter Susan (Dan) Grimland of Plano, Texas, and her son Timothy Hudson of Indianapolis; granddaughters Nicole Elisabeth Goode of Nevada and Miranda Catherine (Bradley) Head of Hawaii; great-grandson Theodore Head; nephews Joe Pitman, Jon Pitman and David Pitman.
She was preceded in death by her parents, husband, siblings Doris, Virginia, Janice, Ruth, Bob and Bill.
A memorial service will be held at 3 p.m. on March 10, 2019, at Ferguson-Lee Chapel, 818 18th St. in Bedford, Indiana with visitation from 1 p.m. until 3 p.m. Online condolences may be sent to the family at www.fergusonlee.com.
If desired, memorials may be made to the Indianapolis Children’s Bureau, Inc. or The University of North Texas (Joshua Crittenden Chilton Scholarship) in her name.
Joel D. Fisher – Indianapolis 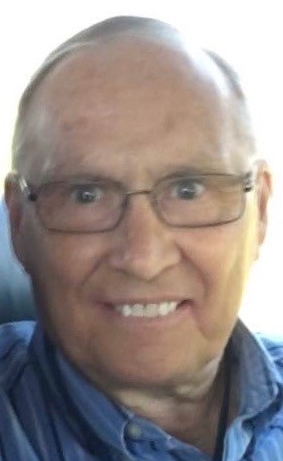 June 2, 1943 – March 3, 2019
Joel D. Fisher, 75, of Indianapolis, formerly of Bedford, died at 5:00 pm on Sunday, March 3, 2019, at Franciscan Health in Indianapolis.
Born June 2, 1943, in Biloxi, Mississippi, he was the son of Carl “CJ” and Mary (Roob) Fisher. He married Susan Davis
on June 30, 1984, and she survives. He had worked as a purchasing agent at Carpenter Body Works, Grove Manufacturing in Pennsylvania, General Electric, and Rayovac. He retired as purchasing manager from Black & Decker. He was of the Baptist faith and had attended Englewood Baptist Church.
Survivors include his wife, Susie, of Indianapolis; one daughter, Heather Patrick and husband, Bob, of Indianapolis; grandchildren, Stacey Patrick, and wife, Caitlin, and their son, Oliver Patrick, of Woodbridge, VA and Chase Patrick, of Indianapolis; a brother, William “Bill” Fisher and wife, Karen, of Portage, WI; several nieces and nephews. He was preceded in death by his parents, and in-laws, H. Clyde and Roberta Davis.
Funeral services will be conducted at 2 p.m. on Thursday, March 7th in the Elmwood Chapel of the Day & Carter Mortuary with Pastor David Ferry officiating. Burial will follow in Green Hill Cemetery. Visitation will be from 11 a.m. until the hour of service on Thursday, March 7th at the Day & Carter Mortuary.
Family and friends may express condolences at www.daycarter.com.
Vernice “Vernie” Pauline Ross – Scottsburg 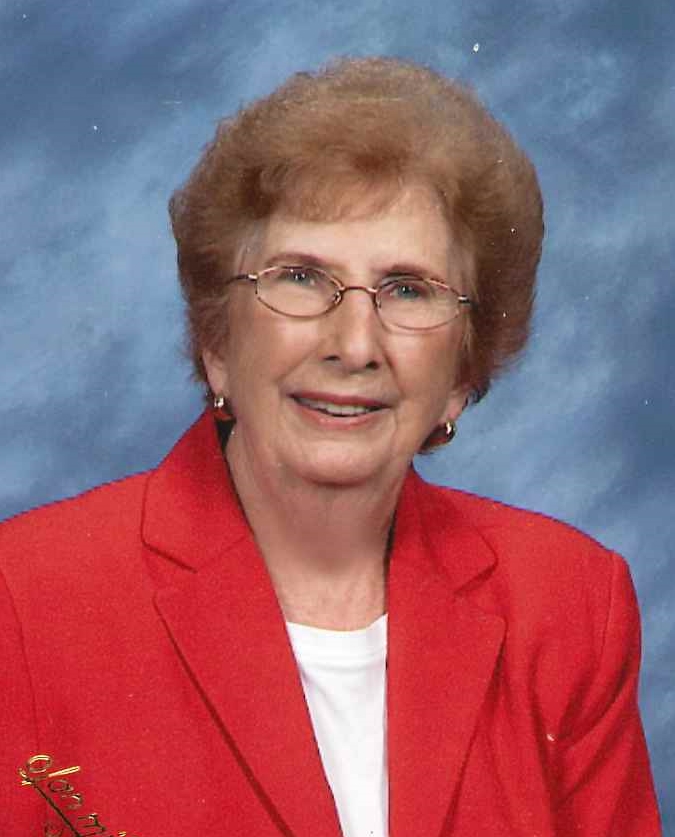 January 19, 1930-March 2, 2019
Vernice “Vernie” Ross, 89, of Scottsburg, died at 6:05 pm on Saturday, March 2, 2019, at the Hampton Oaks Health Campus in Scottsburg.
Born January 19, 1930, in Lawrence County, she was the daughter of Wesley and Belva (Meadows) Deckard. She married Joseph John Ross on May 11, 1962, and he preceded her in death on January 17, 1990. She had worked at RCA and Fluck Limestone where she was an accountant/bookkeeper. She had attended the Hillcrest Christian Church.
Survivors include one daughter, Jane (Don) Ross Smith of Scottsburg; one son Joseph (Shannon Murphy, and daughters, Victoria Murphy and Samantha Fleener) Ross of Bedford; and several nieces and nephews.
She was preceded in death by her parents; her husband; two brothers, Vestal “Andy” Deckard, and Opal Deckard; and one sister Loretta Hill.
Private family services will be held Wednesday, March 6th. Burial will be in Hanson Cemetery.
Family and friends may express condolences at www.daycarter.com
Lois Ilene Brassine – Shoals
March 17, 193 – March 3, 2019
Lois Ilene Brassine, 79, of Shoals, passed away Sunday, March 3, 2019, at the Martin County Health and Rehabilitation Center in Loogootee.
She was born March 17, 1939, in Martin County to Hillard and Betty (Gilbert) Inman.
She graduated from Williams High School in 1957 and was retired.
Survivors include one son, Christopher Wright of Jasper, five daughters, Kelly White of Shoals, Shawna Stinson of Shoals, Debbie Wilson of Shoals, Makiah Brassine of Shoals and Brandi Brassine of Shoals. Fourteen grandchildren, seventeen great-grandchildren and one sister, Diana Evans of Fayetteville.
Preceding her death are her parents and two brothers, Douglas Inman and Gary “Jake” Inman.
A Celebration of Life Reception will be at the Shoals Christian Church Community Center on Thursday, March 7, 2019, from 5 p.m. until 8 p.m. Burial will be at a later date.
The Queen-Lee Chapel of the Thorne-George Family Funeral Homes is in charge of the arrangements.
Jessie Colleen Gerkin – Mitchell
September 13, 1928 – March 2, 2019
Jessie Colleen Gerkin, 90, passed away Saturday, March 2, 2019.
Born September 13, 1928, in Jennings County, she was the daughter of Clinton Henry and Clarissie Belle (Hagemier) Carroll. She married Lloyd Gerkin May 4, 1947, and he preceded her in death on March 17, 2018.
Colleen was a homemaker and was graduated from Huron High School in 1946. She enjoyed the outdoors, especially gardening and flowers. Colleen was a member of Mitchell Senior Citizens and did a lot of traveling and camping. She loved her family.
Survivors include her children, Donna Kendall of Mitchell, Julie Lynn (Steve) Drake of Lebanon, Steve Gerkin of Mitchell, Brian (Peggy) Gerkin of Mitchell; grandchildren, Doug (Sandy) Kendall, Carol Conley, Michael Kendall, Amy (Jeff) Wilson, Chrislyn (Mike) Particka, Daniel Gerkin, Emily, (Nathan) Rogers, Thomas Gerkin, Jacob (Audra) Gerkin, Elizabeth (Bryce) Stephens, and Allie Gerkin; great-grandchildren, Andrew (Rebecca) Barber, Aaron Barber, David (Kelsey) Kendall, Angela Kendall, Madeline and Sam Wilson, Ben and Claire Particka, Alivia, Jackson, Max, and Liam Rogers, Shane and Elaina Gerkin, and Madison, Ethan, and Ella Gerkin; sisters, Sheila Dorsett of Mitchell and Pat (Don) Kerber of Mitchell
Her parents; husband; grandson, Phillip Kendall; and siblings, Flaura Jane “Junie” Dumond and Wallace Carroll, preceded her in death.
Funeral service will be at 2 p.m. Thursday, March 7, in the Memorial Chapel of Chastain Funeral Home & Cremation Center. Friends may call from 10 a.m. until the service on Thursday at the funeral home. Memorial Gifts: Riley Hospital for Children or Mitchell Senior Citizens
Condolences may be sent to the family at www.chastainfuneralhome.com