(MARTIN CO.) – More details have been released in an incident Saturday that landed a man in jail after firing shots at a Martin County Sheriff’s Corporal.

On Saturday, at 5 a.m. Martin County Sheriff’s Office Corporal Tyler Reed was checking an abandoned vehicle on Pridemore Cemetery Road when another vehicle approached the officer. 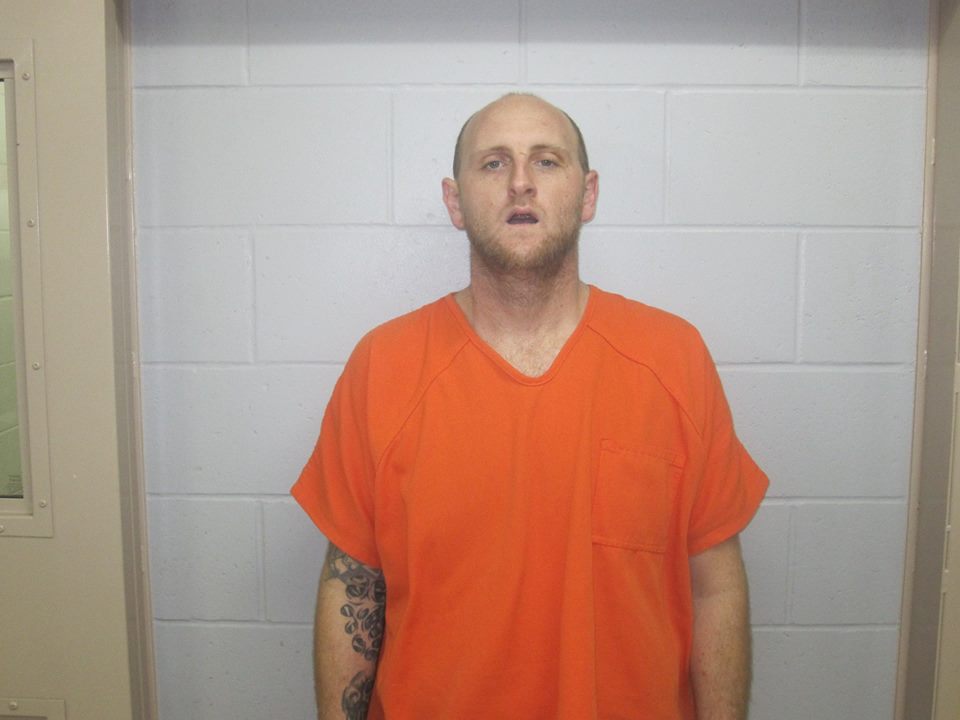 Corporal Reed made contact with the driver and recognized him as 30-year-old James R. Maple III, of Indianapolis.
Corporal Reed knew that Maple was wanted on a warrant in Lawrence County.
Corporal Reed also smelled the strong odor of marijuana coming from Maple’s vehicle. The officer confirmed through dispatch that Maple had an active warrant and requested that Lawrence County officers come to his location to assist in the arrest. He then pulled his vehicle forward and angled it to block Maple’s vehicle from leaving. Corporal Reed exited his vehicle and ordered Maple out of his vehicle.
Maple then put his vehicle in reverse and angled it toward Corporal Reed and his police vehicle. Corporal Reed had to move out of the way to avoid being struck and crushed between the two vehicles. Maple then rammed the police vehicle and forced it out of the way.
Maple then fled west on US 50 and Corporal Reed initiated a pursuit.
Maple tried to elude the officer near the National Gypsum Factory entrance by turning around and fleeing back East, and Corporal Reed continued the pursuit. Maple then turned north on to Red School Road near State Road 650 with Corporal Reed behind him. He then turned back west on US 50 and continued to the US 50 to the junction of US 150 junction where he turned on to US 150. The pursuit continued to Mill Road where Maple turned.
Corporal Reed briefly lost sight of the vehicle as Maple crested a hill. After Corporal Reed crested the hill Corporal Reed observed a vehicle coming towards him. The vehicle turned out to not be the suspect vehicle. Corporal Reed asked the driver of the vehicle if he had met any vehicles. At this time several gunshots were fired from behind Corporal Reed.
Corporal Reed then noticed the suspect vehicle partially concealed under some trees in the front yard of a residence. Corporal Reed left the immediate area to await assisting officers.
Officers from the Martin County Sheriff’s Office, Daviess County Sheriff’s Office, Shoals Town Marshal, Indiana State Police, and Indiana Department of Natural Resources soon arrived.
Corporal Reed’s narcotics-certified K9 Virka was utilized for a free air sniff of the suspect vehicle. K9 Virka gave a positive indication for the odor of narcotics. K9 Virka and Shoals Town Marshal Eckert’s K9 Adel were both utilized for a track of Maple. A search of the area was conducted, but they could not find Maple. Officers did locate Maple’s hat and vape pipe in the area as well as shell casings.
Officers then received information on Maple’s location. Officers converged on a residence approximately 2 miles from the site of the shooting. After 30 minutes of commands for Maple to exit peacefully with no response, the Sheriff’s Office armored vehicle was utilized to ram the mobile home multiple times. Maple then exited peacefully and was taken into custody and transported to the Martin County Security Center.
A search warrant was executed on Maple’s vehicle. Officers seized a large amount of meth and marijuana, a scale, labeled baggies, drug paraphernalia, and more than $4,000 in cash. Additional currency was seized from Maple’s person totaling nearly $2,000.
A search warrant was executed at the residence where Maple had been located. A search of the residence resulted in officers recovering more meth and several firearms. The occupants of the residence, Amy Qualkenbush, and Dustin Holt, were arrested and transported to the Martin County Security Center.
Maple is facing charges of attempted murder, dealing meth, dealing marijuana, possession of meth, possession of marijuana, resisting law enforcement, reckless driving, criminal recklessness, leaving the scene of an accident, possession of drug paraphernalia and a warrant out of Lawrence County.
Amy K. Qualkenbush, 28, and 29-year-old Dustin Holt, both of Shoals are facing a charge of possession of meth.