(VALLONIA) – A Vallonia man who attempted to flee from police by driving into floodwaters and swimming from his vehicle is now behind bars. 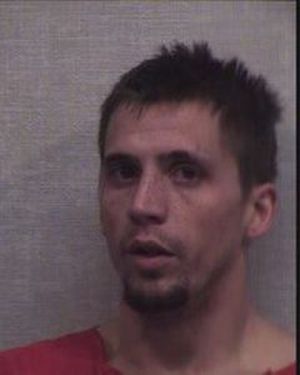 Officers arrested 26-year-old Samuel Cornett at 12:29 a.m. Saturday, on charges of resisting arrest with a vehicle causing a substantial risk to another, resisting law enforcement and reckless driving.
According to a news release, the incident began around 11 p.m. Friday when Brownstown Police Department Officer Jordan Hawn reported he was attempting to stop a 2013 Kia for an equipment violation in the 900 block of Bloomington Road.
The driver, later identified as Cornett, accelerated with Cornett turning west on U.S. 50.
The chase continued west to County Road 500 West, where Cornett turned south. He then briefly stopped, and two female passengers jumped from the vehicle.
Cornett continued to drive south on County Road 500 West before entering floodwaters on County Road 125 South.
The vehicle stalled in the floodwaters. Cornett left the vehicle and attempted to swim away before being arrested by Hawn.
Cornett was evaluated by personnel with Jackson County Emergency Medical Services before being taken to jail.
Assisting at the scene were Brownstown Assistant Police Chief Joe Kelly and Jackson County Sheriff’s Department officers Brad Barker and Clint Burcham assisted.