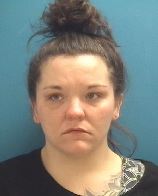 At approximately 1:25 p.m., officers were dispatched to Target in the 1800 block of North National Road. The store security guard advised officers that he was battered while attempting to stop a woman, later identified as 27-year-old Jennifer L. Bunting, of Columbus, who was suspected of stealing merchandise from the store.
Officers located the vehicle Bunting was in on Middle Road and stopped it a short time later. Bunting, who was a passenger in the vehicle, was arrested. 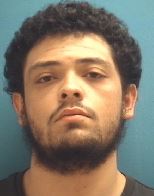 Officers reportedly found stolen merchandise in her possession and also inside the vehicle that was driven by 20-year-old Damon Bailey, of Columbus. In addition, the officers reported finding two syringes as well as drug paraphernalia inside the car. Bunting’s infant child, who was also in the vehicle, was cared for by Child Protective Services who responded to assist.
Bailey and Bunting were both arrested on preliminary charges of theft, unlawful possession of a syringe and possession of drug paraphernalia. Bunting is also facing a charge of battery.