According to a press release, on Wednesday, troopers arrested 40-year-old Betty Jo Skinner, after a traffic stop on I-65 in Jackson County. 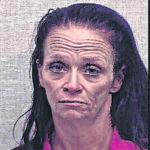 Betty Jo Skinner
Skinner, a passenger in the vehicle, was arrested on a charge of possession of meth and a narcotic drug.
She was booked into the Jackson County Jail at 4:10 p.m. Wednesday and is being held on $1,005 bond Saturday.
Early Thursday, The ISP Criminal Patrol Teams executed a search warrant at 745 Miller Lane in Seymour.
Troopers arrested 36-year-old Steven Michael Venegas and 25-year-old Amanda Dawn Mikel after finding approximately 38 grams of meth and drug paraphernalia. 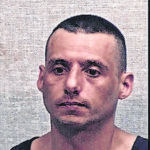 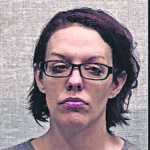 Amanda Dawn Mikel
Mikel was booked into the jail at 1:22 a.m. on charges of possession of meth and visiting and maintaining a common nuisance.
Both are being held without bond.