(CLOVERDALE) – Residents from Bloomfield, Bloomington, and Spencer ended up in jail after an Indiana State Trooper stopped their vehicle in Cloverdale on Friday.

ISP Trooper Colton Maynor was patrolling in Cloverdale, when he passed a vehicle, and noticed the driver and passenger were not wearing their seatbelts.
Trooper Maynor watched the vehicle turn into a local business as he was attempting to turn around. The driver parked and immediately exited the vehicle, rushing inside the business, all before Trooper Maynor could speak with the driver.
Trooper Maynor was able to stop the passenger, who was not wearing his seatbelt before he attempted to enter the business.
Additional Indiana State Police Troopers arrived at the scene which allowed Trooper Maynor to go inside the business and locate the driver and escort him outside.
The driver was identified as 27-year-old Shylor Clark of Spencer. The passengers of the vehicle were identified as 26-year-old Carissa Taylor, of Bloomfield, and 24-year-old Jacob R. Cornwell of Bloomington.
Officers then conducted a vehicle search where they located a small caliber handgun, marijuana, and drug paraphernalia.
During the course of the investigation, the troopers discovered Clark had placed a bag of meth in the business.
All three were arrested and transported to the Putnam County Jail. 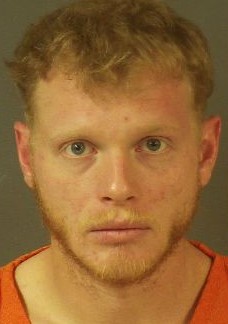 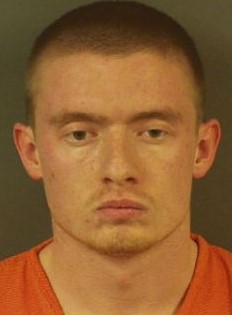 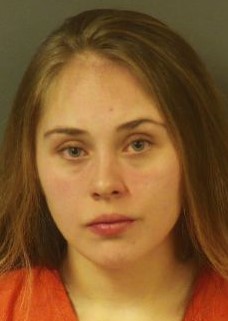 Carissa Taylor
Cornwell and Taylor are facing charges of possession of marijuana and drug paraphernalia.
Indiana State Police Troopers assisting in the investigation were Trooper James Crisp and Trooper Andrew Mattern, also assisting was the Cloverdale Police Department.
Anyone with illegal drug activity information is encouraged to contact Indiana State Police Putnamville Post at 1-800-742-0717. Your tip can remain anonymous and could save lives.