(ARGOS) – Indiana State Police say the driver of a truck that rear-ended a school bus in December, killing one student, was removing a jacket and a sweatshirt just before the collision.

A crash report released Wednesday says the truck driver was traveling behind the bus Dec. 5 when he “pulled the clothing over his head and briefly took his eyes off the roadway.” 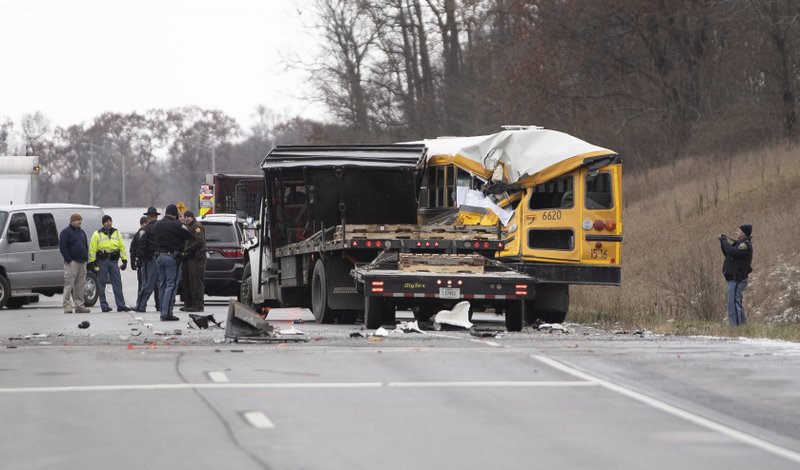 The report says that when the driver looked up he was unable to avoid rear-ending the bus, killing 13-year-old Owen Abbott of Winimac along U.S. 31 about 30 miles (50 kilometers) south of South Bend.
Marshall County’s prosecutor announced Thursday that a grand jury will decide if the driver will be charged.
The bus was carrying students from the Eastern Pulaski school district to see a Christmas musical.