(ST. ANTHONY) – A Huntingburg man is behind bars after police say he stabbed to death 23-year-old Chloie Lubbehusen, of English. 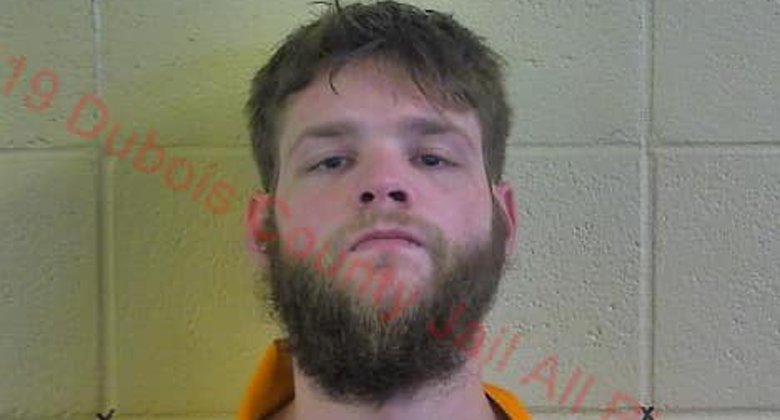 Police arrested 27-year-old Kyle Schneider shortly after 1 p.m. Friday not far from the crime scene. He is being held in the Dubois County Security Center without bond.
The Indiana State Police were called to a home at 5860 East County Road 650 East after Dubois County Sheriff’s Department received a 911 call at 8:26 a.m. reporting a female on the property was bleeding and needed medical assistance.
Lubbehusen was given immediate medical attention by law enforcement officers and by ambulance crews and was transported to Memorial Hospital in Jasper where she died from her injuries.
Assisting at the scene were first responders with the St. Anthony Volunteer Fire Department and Memorial Hospital Emergency Medical Services.