(JASPER CO.) – An Indiana State Police trooper assigned to the All Crimes Policing Team made a traffic stop that netted more than 23 pounds of marijuana on Wednesday morning.

At approximately 11 a.m., a trooper who was in a fully marked police car, was southbound on I-65 when he observed a 2017 Chevrolet Equinox, make unsafe lane movements while changing lanes.
The trooper initiated a traffic stop at the 224-mile marker, approximately 4 miles north of the Fair Oaks exit. When the trooper talked to the driver, he smelled an odor of marijuana coming from inside the Equinox. 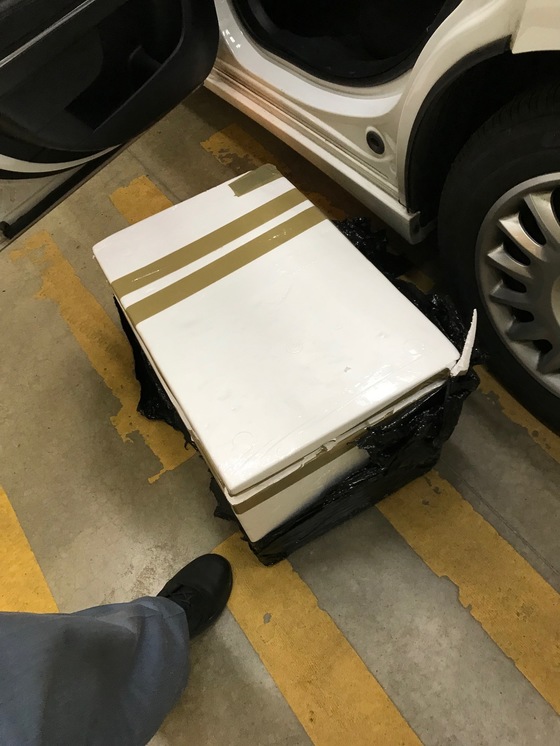 Photo courtesy Indiana State Police
A state police canine unit was called to the scene, and the K-9 alerted on the Chevrolet. During a search of the vehicle, troopers found a large of marijuana hidden in some luggage and more located in a sealed box packaged in numerous sealed plastic bags. Troopers recovered more than 23 ½ pounds. 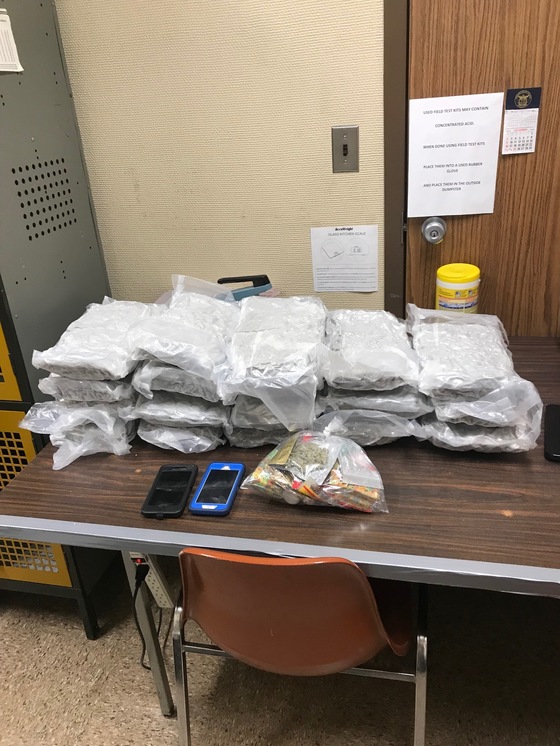 Photo courtesy Indiana State Police
The driver, 34-year-old Christopher Anderson of Kokomo, was arrested and transported to the Jasper County Jail in Rensselaer on felony charges of dealing marijuana and possession of marijuana.