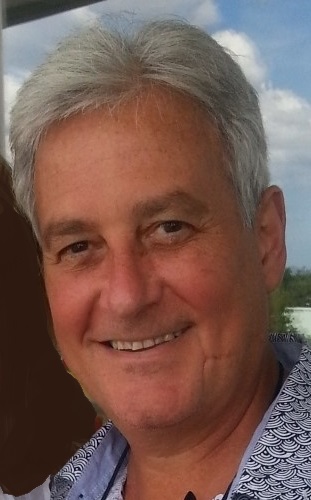 September 30, 1959 – January 8, 2019
Nick J. Herthel, 59, of Bloomington, died at 6:20 a.m. on Tuesday, January 8, 2019, at his residence.
Born September 30, 1959, in Bedford, he was the son of Fred D. Herthel and Linda C. Mitchell. He married Debra Kaye Smith on November 6, 2004, and she survives.
He was a graduate of Bedford North Lawrence High School with the class of 1977. He earned his bachelor’s degree from the I.U. Kelley School of Business in 1981. He was awarded a Doctor of Jurisprudence by the I.U School of Law at Indianapolis in 1984.
Nick served as a law clerk and certified legal intern with the Lawrence County Prosecuting Attorney’s Office during 1983-1984. Nick practiced law for 34 years. He was a partner with Plummer and Herthel from 1984-1988. He was a solo practitioner in Bedford from 1988-2004. In 2005, he and his wife formed Herthel and Herthel Attorneys at Law and have practiced together since 2005.
He was an avid horseracing enthusiast and has owned, bred, and raced thoroughbred horses.
He was a member of the Indiana State Bar Association and the Lawrence County Bar Association.
Survivors include his wife, Debra, of Bloomington; his father, Fred Herthel and step-mother, Linda Herthel, of Bedford; his mother, Linda C. Mitchell, of Bloomington; a sister, Debra A. Woods and brother-in-law, Jack Woods of Bedford; two sisters-in-law, Laura Herthel and Sonya Smith; nieces, Bretta Skinner, Kara and Kristen Herthel.
He was preceded in death by a brother, Christopher L. Herthel; his grandparents, Helen “Baba” Mitchell, Verner and Helen Herthel and an uncle, Bob Herthel.
A memorial service will be conducted at 1 p.m. on Saturday, January 12th at Green Hill Cemetery with Pastor Steve Johnson officiating. Interment will follow.
Family and friends may express condolences at www.daycarter.com.
Gregory Allen Deckard – Mitchell
September 24, 1959 – January 7, 2019
Gregory Allen Deckard, 59, of Mitchell, passed away Monday, January 7, 2019, at his residence.
Born September 24, 1959, in Lawrence County, he was the son of Richard Tincher and Helen (Terrell) Deckard.
He was a graduate of Bedford High School and a veteran of the U. S. Marine Corps.
Survivors include his children, Tracey, Brittany and Reese; siblings, Renee Fish of Bedford, Regina Deckard of Bedford, and Bill Luallen of Bedford.
His parents preceded him in death.
Graveside service will be at 1 p.m. Thursday, January 10, at Mitchell Cemetery with Sister Becky Ryan officiating.
Condolences may be sent to the family at www.chastainfuneralhome.com