(BEDFORD) – A Bedford man was arrested after he got upset, grabbed an aluminum bat and started swinging it. 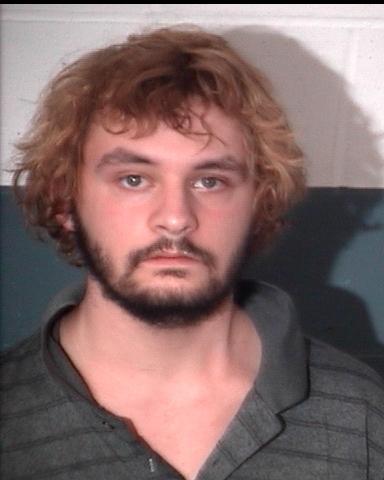 Bedford Police officers were requested to a home at 927 24th Street at 6:35 p.m. after a report of a domestic dispute.
According to Bedford Police Chief Terry Moore, when officers arrived they were met by 18-year-old Cody Middleton, who was visibly upset and unable to speak with officers.
“Officers entered the residence and spoke with the first victim who stated that Cody got upset and grabbed a metal bat and started hitting her in the stomach,” Chief Moore added. “The victim attempted to defend herself and Cody then struck her in the arms with the bat.
Officers then spoke to a second victim who told them they heard Cody arguing with the first victim and ale heard Cody grab the bat and start hitting the first victim.
“The second victim called the police and when Cody realized what she was doing he started hitting her in the face with a closed fist,” Chief Moore added.
After hitting the second victim, Cody picked up the bat again and began breaking things in the house.
“A third victim, who was in the kitchen heard the commotion and he went to see what was going on and noticed Cody was breaking things in the house,” Chief Moore added. “The third victim yelled at Cody to stop and was then struck in the head several times with a closed fist by Cody.”
Middleton was arrested on three counts of domestic battery and two counts of domestic battery with a deadly weapon.