(UNDATED) – In November 2018 Evan Schaffer was sentenced to prison for the murder of 25-year-old Justin Lampkins, the City Of Bloomington won bids to host the National Girls’ Softball Tournaments in 2019, 2020, a Loogootee woman was arrested after allegedly stealing more than $30,000 from the Band Booster account, and a Bedford teen became an Eagle Scout.

In other news the Mitchell Community School Board hired Dr. Mike Wilcox to replace Superintendent Steve Phillips who is retired, Ken And Donna Brumbaugh were named Grand Marshals of Bedford Christmas Parade
Evan Schaffer Sentenced To 63.5 Years In Prison
Convicted murderer Evan Schaffer was sentenced to 63.5 years in prison in Lawrence County Superior Court I in November. 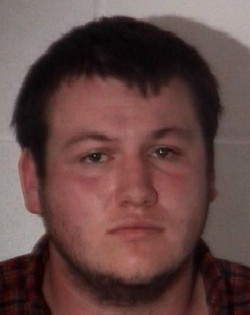 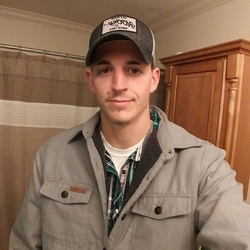 Justin Lampkins
Jurors found 23-year-old Evan Schaffer guilty of murdering 25-year-old Justin Lampkins at the Bedford McDonald’s drive-through during the early morning hours of April 23, 2017. He was also found guilty of pointing a firearm, carrying a handgun without a license and battery resulting in bodily injury.
He was sentenced to 62 years on the murder conviction and two years on a Level 6 felony conviction of pointing a firearm. Those sentences will run concurrently. He was sentenced to 1 year for carrying a handgun without a license and 180 days on the battery conviction. Those sentences will be served consecutively.
Before handing down the sentence, Judge John Plummer III stated that the murder was an “absolutely senseless act.”
Evan Schaffer read a statement stating he plans to appeal the jury’s decision.
“A new trial with an unbiased jury will set me free,” he stated.
Lawrence County Chief Public Defender David Shircliff was appointed by Judge Plummer to handle the appeal.
Ken And Donna Brumbaugh Named Grand Marshals Of Bedford Christmas Parade
Ken and Donna Brumbaugh were named Grand Marshals of the Bedford Christmas Parade.
The 2018 year’s parade theme was – Twas the Night before Christmas. 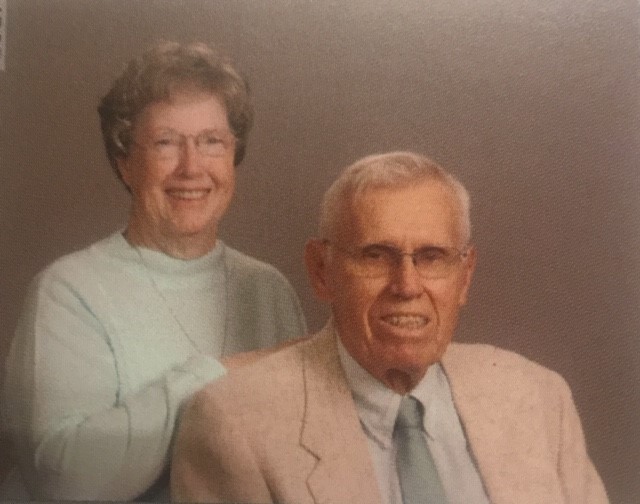 Ken and Donna have been married 57 years and have three adult children.
The family moved to Bedford 46 years ago from South Haven, Michigan when Ken became plant manager of South Haven Coil.
He has served as a deacon, chairman of deacons and chairman of the trustees at First Baptist Church. Donna has also served as deaconess and treasurer for the church.
Ken is a member of Bedford Exchange Club, a member of the Bedford Lions Club, where he serves as chairman of the ramp committee and a member of the Bedford Area Chamber of Commerce. He was also a member of Small Business
Manufacturing Committee and W. P. Woods Fellow and earned the Exchange Club Book of Golden Deeds award.
He also enjoys woodworking and is a member of South Eastern Indiana Woodturners Association.
He has worked to raise funds for Riley Cancer Research for Children and Lawrence County Cancer Patients Services.
Donna worked in the Bedford Clerk Treasurer’s office for more than 20 years and served as clerk-treasurer for eight years.
Donna was a certified medical assistant and worked in internal medicine at Edgewood Clinic and for Dr. M. Zia Borhan.
She also serves as the Bedford Rotary Club’s chairwoman of community service.
Donna’s charitable contributions include – served as chairman of Bikeathon for Diabetes, American Cancer Society, Riley Cancer Research for Children, Lawrence County Cancer Patient Services board, Lawrence County Community Foundation board.
She was awarded “A League of Her Own” at Women of Excellence, Bicentennial torchbearer, and Bedford Rotary Club chairman of Community Service.
“One of the first things we noticed about Bedford when we moved here was it was a supportive and caring
community. Bedford was a great place to raise our kids,” Donna says. “They received a great education that got them where they are today. We have never regretted moving here.”
After retirement, the Brumbaughs have catered for friends and not for profits on numerous occasions.
“We can do it together and for a lot of good causes, ” she added. “If it is a cause we believe in, we are happy to help.”
Christmas is the couple’s favorite time of year.
Mitchell Community School Board Hires Dr. Mike Wilcox to Replace Superintendent Steve Phillips
The Mitchell Community Schools Board hired Dr. Mike Wilcox as new superintendent as Dr. Steve Phillips says goodbye to a long career with the school system 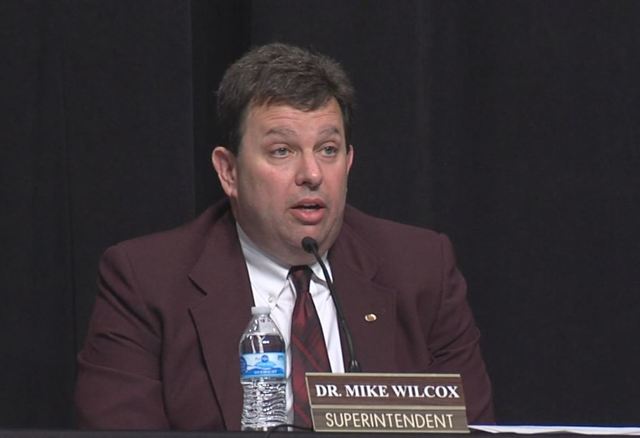 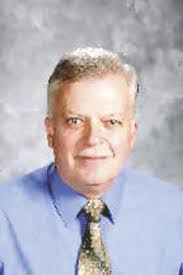 Dr. Steve Phillips, who is retiring has been with Mitchell Community Schools for more than 34 years.
“I have enjoyed my time here and the community’s support. The years went by quickly. I am looking forward to this next phase in my life. Now I want to take some time to travel where it is warm and spend time with my family and grandchildren,” he says. “After that, I may look for some part-time employment in the education field or into something I enjoy.”
Dr. Wilcox and Dr. Steve Phillips, who is retiring as superintendent, worked together for several days before Wilcox officially took over the leadership at the end of December.
Loogootee Woman Accused of Stealing more than $30,000 From Band Booster Account
A Loogootee woman was arrested after she allegedly stole thousands of dollars from the Barr-Reeve Band Booster account.
Sheryl Chestnut is facing felony charges of theft and forgery.
Chestnut was the treasurer of the Barr-Reeve Band Booster account. The booster club is a private group outside of the school corporation and is therefore not supervised by the school corporation.
The missing money was discovered when Barr-Reeve music teacher and band director Stephanie O’Brian began checking on the funding for the trip.
According to a probable cause affidavit, Chestnut is accused of withdrawing money and writing checks to herself out of the booster account. The affidavit states Chestnut told investigators she used the money to pay personal bills.
In total, $34,295 was taken from the account between January 2015 and October 2018.
School band officials say that the band was scheduled to go to Disney in March, but will not be able to do so because of the theft.
A letter to parents states that it is the band boosters’ goal to pay back any money/deposits that the parents and students have made toward the trip thus far.
Chad Thompson Earns Rank Of Eagle Scout
Nathanial Chadwell “Chad” Thompson is one of only 4 percent who entered scouting to earn the distinguished ranking of Eagle Scout. 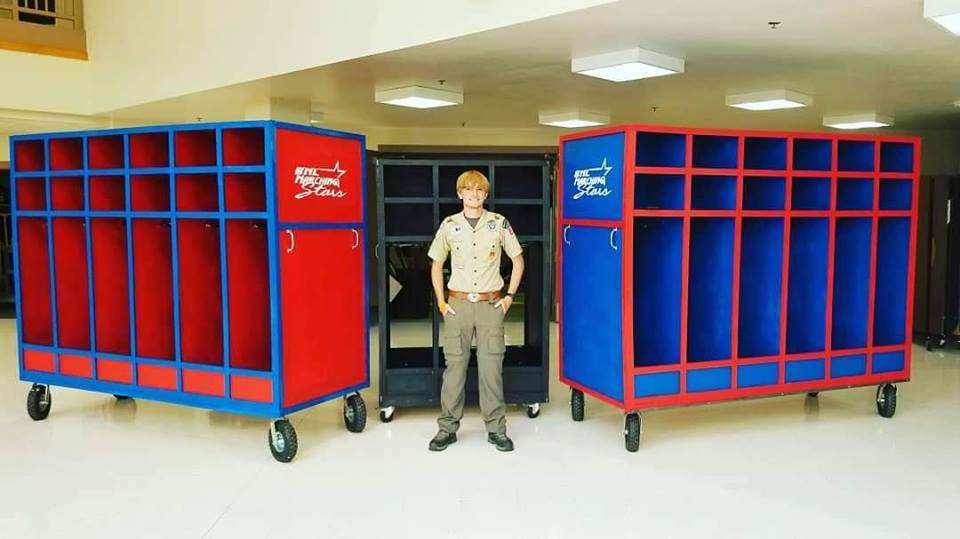 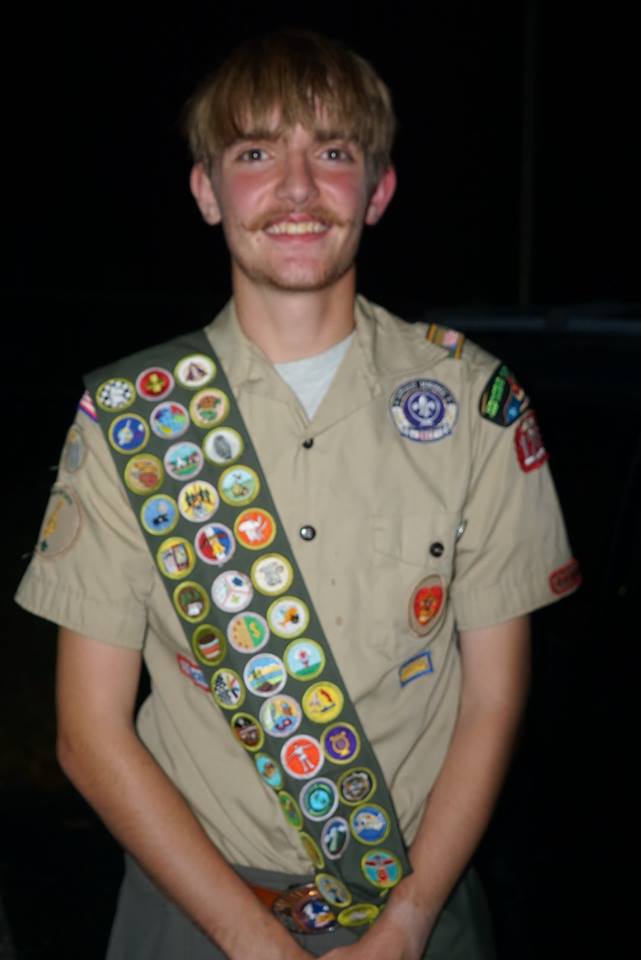