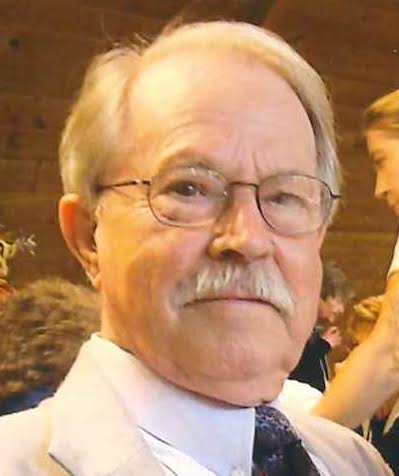 July 30, 1935 – September 25, 2018
Roy J. Lamb, 83, of Bedford, died at 3:10 a.m. on Tuesday, September 25, 2018 at St. Vincent Dunn Hospital.
,
Born July 30, 1935 in Brazil, IN, he was the son of Roy F. and Thelma (Correll) Lamb. He married B. June Edwards on
May 14, 1976 and she survives. He was a veteran of the U.S. Marine Corps. He was a draftsman, retiring from the
Indiana Limestone Co. and was a member of the First Baptist Church in Bedford where he taught Sunday school.
Survivors include his wife, June, of Bedford; two sons, Troy Lamb and wife, Debbie, of Greenwood and Andy Batchelor
and wife, Diana, of Bedford; five grandchildren; nine great grandchildren; a sister, Alice Ann Long; brothers, Charles
Lamb, Dennis Lamb, Robert Lamb and wife, Rita, and Steve Lamb; sisters-in-law, Helen Lewis and husband, Jim, Bertha Pfeiffer, Bonnie Slater, and Carol Edwards.
He was preceded in death by his parents, a sister, Linda Headley; a son, Philip Batchelor; sisters-in-law, Hazel Beasley and Susan Lamb; a brother-in-law, Emory Edwards.
Graveside services will be conducted at 2 p.m. on Friday, September 28th at Green Hill Cemetery with Pastor Nathan Sundt officiating. Military rites will be accorded at the graveside by members of Gillen Post #33 American Legion. There will be a memorial service at the First Baptist Church at a later date.
Memorial contributions can be made to the Lawrence County Cancer Patient Services.
Family and friends may express condolences at www.daycarter.com.
Carolyn Faye Shepard – Bedford
May 10, 1944 – September 24, 2018
Carolyn Faye Shepard (nee Breneman), 74, of Bedford, entered into rest on Monday, September 24, 2018.
Carolyn was a faithful child of God who fought the good fight, finished her course, and kept the faith. Henceforth, there is laid up for her a crown of righteousness, which the Lord, the righteous judge, shall give her on that day (2 Timothy 4:7-8). Carolyn is preceded in death by her parents, Frank and Mary Breneman, sisters Beverly Nelson and Shirley Wates, and her brother Donald (Doc) Breneman.
She is survived by her husband, Harry Shepard, daughter Candi (Warren) Chapman, three sons, Harry {Butch} (Tammy) Shepard, Frank (Shana) Shepard, and David (Kelly) Shepard, 14 grandchildren: Barbara Lintner Croy, Chad and Brandon Lintner, Cheyanne and Stephanie Chapman, Justin (Bethany) Shepard, Jessi (John) Quinn, Shaylah and Garrett Shepard, Kenny, Justin (Athena), Shane (Ashley), Ashley and Brandon Camp, 22 great-grandchildren, and her brother Jim Breneman, along with many loving nieces and nephews.
Funeral services will be conducted at Noon on Saturday, September 29th at New Life Trinity Holiness Tabernacle, 1208 Washboard Road in Bedford, with the Reverends Mark Brock and Roger Knopp officiating. Visitation will be from 10 a.m. until the hour of service on Saturday, September 29th at the New Life Trinity Holiness Tabernacle. Burial to follow
at Lowder Cemetery in Springville.
Pallbearers will be her grandsons, Justin, and Garrett Shepard, Brandon Lintner, Brandon, and Shane Camp, and her nephew, Adam Gibbs.
The family has requested, in lieu of flowers, please make a donation to the Alzheimer’s Association.
Family and friends may express condolences at www.daycarter.com.