Kathryn “Louise” Lindley – Shoals
April 9, 1930 – August 20, 2018
Kathryn “Louise” Lindley, 88, of Shoals, passed away Monday, August 20, 2018 at the Kindred Hospital in Indianapolis.
She was born April 9, 1930 in Martin County to Soll and Imogene (Wraley) Wininger. She married George Lindley on October 11, 1968 in Shawnee Town, Illinois.
She attended Martin County Schools, retired as an Ordinance Worker at Crane Naval Weapons Support in 1979 and was a member of the Shoals Church of the Nazarene where she enjoyed teaching Sunday School and Bible School for many years. She was a faithful volunteer at area nursing homes. She enjoyed gardening, crocheting and had a very green thumb when it came to raising flowers. Her most rewarding achievement was being a loving mother, grandmother and great grandmother. She will be so sorely missed by all.
Surviving are one daughter, Wilma (Douglas) Edwards of Bloomington; one son, Roger (Flora) Sanders of Petersburg; five grandchildren, Ryan (Erika) Peek of Ellettsville, Scott Peek of Bloomington, Jeremy (Chantel) Sanders of Shoals, Jason Sanders of Loogootee, Aaron Sanders of Loogootee; three step-children, Beverly Lindley of Cape Coral, Florida, Patricia Lindley and Tom McCrae of Fairlawn, Ohio, Jeff (Bonnie) Lindley of Holland, Ohio; one sister, Judith Smock and friend Bob Sisson of French Lick; two brothers, Paul (Vicki) Wininger of Shoals and John Wininger of Shoals. Numerous great grandchildren, step grandchildren and nieces and nephews survive.
She is preceded in death by her parents, husband, three sisters and two brothers.
Funeral services will be 1 p.m. Friday at the Queen-Lee Chapel in Shoals with Bro. Kevin Quinn officiating. Burial will be in the Pleasant Valley Cemetery. Visitation will be from 11 a.m. until the time of service at the funeral home.
The Queen-Lee Chapel of the Thorne-George Family Funeral Homes is in charge of the arrangements.
Wayne Waldron – Mitchell 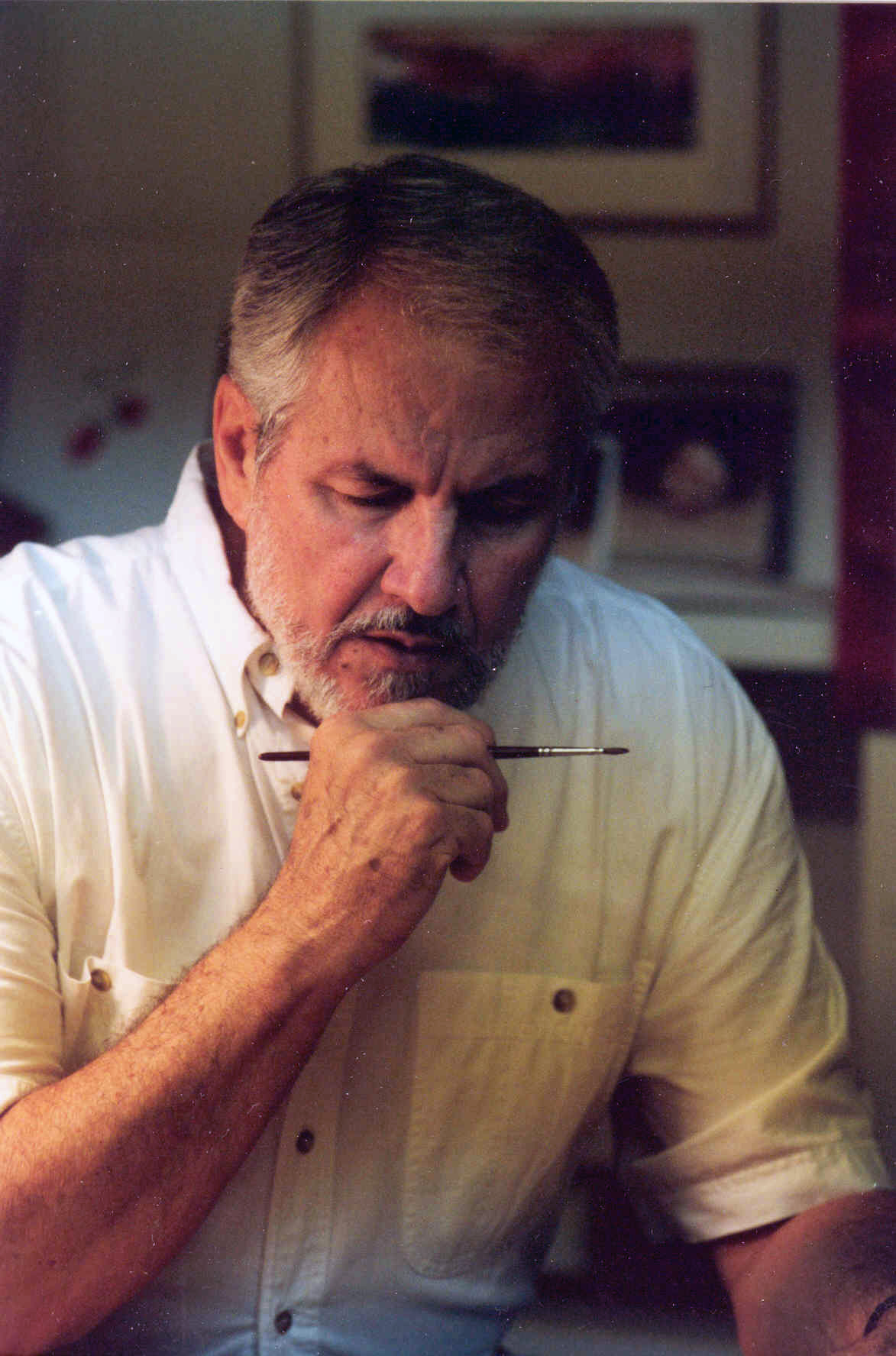 February 9, 1937 – August 17, 2018
Wayne Waldron, the internationally recognized Brown County artist and Bedford native, passed away at his Mitchell residence, Friday, August 17, 2018. Born February 9, 1937, he is the son of the late Merle and Lois Waldron of Bedford.
He is survived by his wife, the artist, Peggy Waldron; daughters, Laura Vogler (Richard), and Jamie Waldron; sister, Kay Goldberg (Louis) of Dallas, Texas; and grandson, Logan Vogler.
Waldron is a veteran of the US Air Force, and began his art career upon discharge.
An elected Life Fellow of the Royal Society of Arts, he ranks among the most honored fine artists of the Midwest. His work has received numerous major awards in exhibitions across the U.S. and around the world – South Africa, Australia, London, Moscow.
Services will be held at the Chastain Funeral Home Chapel in Mitchell at 2:00 p.m., Monday, August 20. Military honors will be presented by the US Air Force and American Legion.
Memorial contributions may be made to the Brown County Community Foundation’s Wayne Waldron Fine Art Scholarship Endowment Fund, P.O. Box 191, Nashville, Indiana 47448.