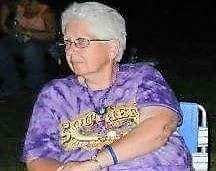 August 1, 1939 – January 10, 2018
Wynona Sue Goodman, 78, of Bedford, died at 7:32 am on Wednesday, January 10, 2018 at Westview Nursing and Rehabilitation.
Born August 1, 1939, in Bedford, she was the daughter of Russell W. and Helen Juanita (Jackson) Lewis. She married William Harold Goodman on February 27, 1960 and he receded her in death. She was a custodian for the North Lawrence Community School System and a laundry technician at Bedford North Lawrence High School for twenty-five years retiring in 2003.
Survivors include a son, Steven Goodman, of Bedford; a grandson, Brandon Goodman, of Bloomington; a sister, Mary Lou Harris, of Bedford; several nieces, nephews, and cousins.
She was preceded in death by her parents, her husband, and a brother, William Russell (in infancy).
No services are scheduled. Cremation was chosen.
The family asks that friends consider memorial contributions be made to Lawrence County Cancer Patient Services or Lawrence County Indiana Bikers for Toys for Tots through Jackson County Bank.
Family and friends may express condolences at www.daycarter.com.
Gary K. Diehl – Bedford
September 25, 1939 – January 11, 2018
Gary K. Diehl, 78, of Bedford, died at 7:05 a.m. on Thursday, January 11, 2018 at Westview Nursing and Rehabilitation.
Born September 25, 1939, in Lawrence County, he was the son of Murray and Thelma (Stewart) Diehl. He married Hettie Stockton on April 8, 1978 and she survives. He retired as the office manager for Rogers Group after eighteen years and was a member of the Central Church of Christ.
Survivors include his wife, Hettie, of Bedford; two sons, Barry Diehl and Stacy Diehl and wife, Cathy, all of Florida; a daughter Shelly Cox and husband, Rocky, of Bedford; two step-daughters, Kelly Woody and husband, Jerry, of Bedford and Stephanie Creech and husband, Gordon, of Ellettsville; thirteen grandchildren; eleven great grandchildren.
He was preceded in death by his parents and grandparents.
Funeral services will be conducted at 1 p.m. on Tuesday, January 16th in the Elmwood Chapel of the Day & Carter Mortuary. Burial will follow in Green Hill Cemetery. Visitation will be from 3 p.m. to 7 p.m. on Monday, January 15th and from 12:00 noon until the hour of service on Tuesday, January 16th at the Day & Carter Mortuary.
The family asks that friends consider memorial contributions be made to the Alzheimer’s Assoc.
Family and friends may express condolences at www.daycarter.com.
Claude L. Strunk – Taswell 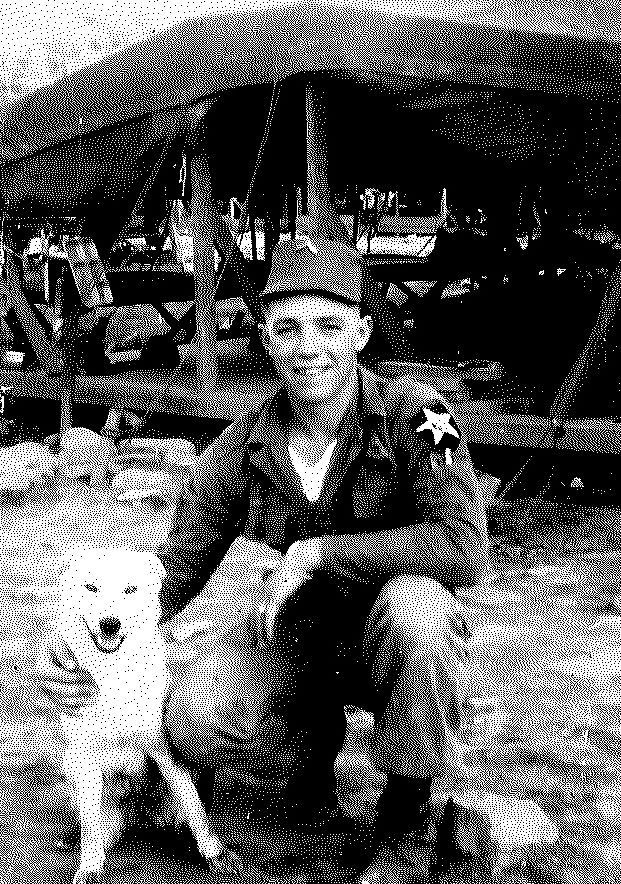 September 25, 1935 – January 11, 2018
Claude L. Strunk, 82, of Taswell, IN, died at 6:17 a.m. on Thursday, January 11, 2018 at Floyd Memorial Hospital in New Albany, IN.
Born September 25, 1935 in Lawrence Co., he was the son of Luther and Sena (Owens) Strunk. He married Kathryn Harper on April 19, 1957 and she survives. He retired as an electronic systems inspector and supervisor for Naval Avionics in Indianapolis. He was a veteran of the U.S. Army serving during the Korean War and a member of the V.F.W. He was a volunteer for Habitat For Humanity and a member of the Lincoln Hills United Methodist Church where he served as a trustee. He volunteered at Hoosier Hills Food Bank where he delivered food commodities to senior citizens in Crawford County. Claude enjoyed gardening. He planted and sold three acres of sweet corn and was known locally as ‘the corn man’.
Survivors include his wife, Kathryn, of Taswell; a son, Steven Strunk and wife, Heidi, of Fishers; four grandchildren, Austin, Allison Ben, and Sam Strunk; a brother, Bob Strunk, of Greenwood; two sisters, Betty Edwards, of Kokomo and Linda Phillips and husband, Larry, of Springville.
He was preceded in death by his parents, a son, Barry Strunk; two brothers, Eugene and Don Strunk and a sister, Bonnie Silvers.
Funeral services will be conducted at 10 a.m. on Tuesday, January 16th in the Elmwood Chapel of the Day & Carter Mortuary with Rev. Jill Kaetzel officiating. Burial will follow in Springville Christian Cemetery where military rites will be accorded by Gillen Post #33 American Legion. Visitation will be from 2 p.m. until 8 p.m. on Monday, January 15th at the
Day & Carter Mortuary.
The family asks that friends consider memorial contributions be made to the Alzheimer’s Assoc., The Parkinson’s Foundation, the Lincoln Hills United Methodist Church in English, IN or the charity of one’s choice.
Family and friends may express condolences at www.daycarter.com.
Amanda Darlene Pemberton – Mitchell
February 17, 1972 – January 9, 2018
Amanda Darlene (Sims) Pemberton, 45, of Mitchell, passed away on January 9, 2018 at St. Vincent Hospital, Carmel.
Born February 17, 1972 in Lawrence County, Indiana, she was the daughter of Jerry Wayne Sims and Janice (Mitchell) Wheeler. She married David Lee Pemberton; and he survives. Amanda was a homemaker and had attended River’s Edge Church.
Surviving are her husband, David Lee Pemberton of Mitchell; children, Skylar Pemberton, Haley Pemberton, Trace Pemberton, Josh Pemberton and Caitlin Pemberton; seven grandchildren; mother, Janice Wheeler; brothers, J. Bob Wheeler, Derrick Wheeler, and Ricky Sims; sisters, Tia Wheeler, Yolanda Houtchings, and Shawn Raza; and several nieces and nephews.
She was preceded in death by her father, Jerry Wayne Sims.
Funeral service will be on Friday, January 12, 2018 at 11 a.m. at Ferguson-Lee Chapel of Thorne-George Family Funeral Homes, with Frank Ira officiating. Visitation will be on Friday at 9 a.m. until the service hour at the funeral home. Burial will be in Old Union Cemetery.
Online condolences may be sent to the family at www.fergusonlee.com.