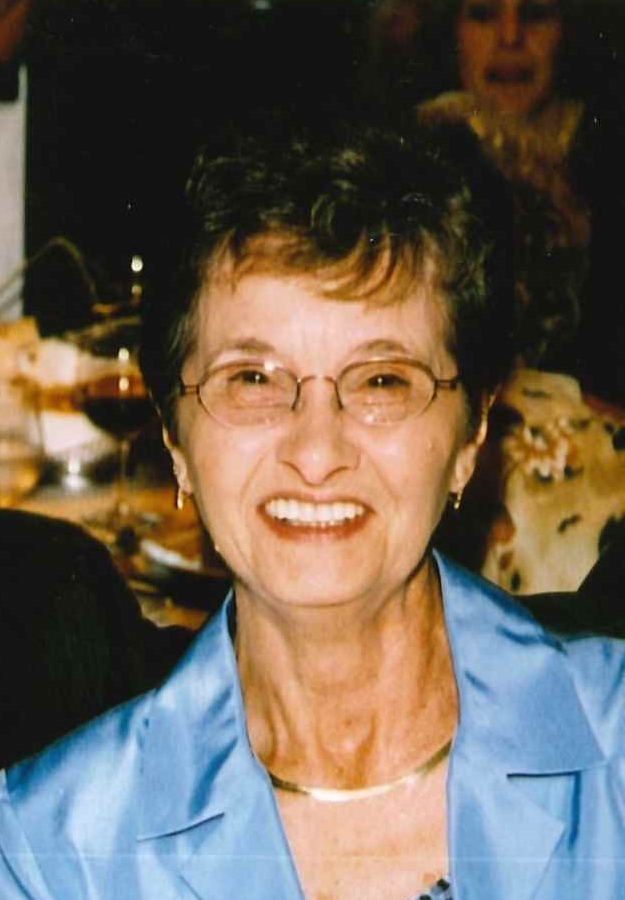 May 2, 1932 – November 17, 2017
Lena Mae Sims, 85, of Bedford, died at 8:10 a.m. on Friday, November 17, 2017 at her residence.
Born May 2, 1932 in Pope Co. IL, she was the daughter of Reedus and Ethel (Harlow) Maynor. She married Donald Lee Sims on December 23, 1955 and he preceded her in death on December 10, 2007. She was a homemaker. She was a member of the First Baptist Church and enjoyed traveling. She loved her family and was the best mother ever and a super mawmaw.
Survivors include two daughters, Leah Brinegar and husband, Karl, of Bedford, Kimberly Sowder and husband, Terry, of Oolitic; three grandchildren, Tiffany Hobson and husband, Justin, of Bedford, Kyle Brinegar and wife, Tabatha, of Hymera, IN and Jake Sowder, of Oolitic; four great grandchildren, Korbyn, Khloe, and Kason Brinegar, and Kane Hobson; Baby I Love You due January 8, 2018; a brother, Albert Maynor and wife, Nola, of Eddyville, IL.
She was preceded in death by her parents and husband.
Funeral services will be conducted at 3 p.m. on Sunday, November 19th in the Elmwood Chapel of the Day & Carter Mortuary with Pastor Lee Brown officiating. Visitation will be from Noon until the hour of service on Sunday, November 19th at the Day & Carter Mortuary. A graveside committal will be at 1 p.m. (Illinois time) on Monday, November 20th at New Liberty Cemetery in Eddyville, IL.
The family asks that friends consider memorial contributions be made to the American Cancer Society.
Family and friends may express condolences at www.daycarter.com.
Leslie Carol Brock – Berrien Springs, MI.
Leslie Carol Brock, 59, of Berrien Springs, Michigan, passed away Sunday, November 12, 2017, at Lakeland Health Hospital in Saint Joseph, Michigan.
Born November 15, 1957, in Lawrence County, he was the son of Carl and Wanda Marlene (Tow) Brock.
Leslie was the administrator of the soup kitchen and worked in construction. He was affiliated with the Pioneer Memorial Church.
Survivors include his former wife, Diane Brock of Berrien Springs, Michigan; sisters, Elaine (Joe) Duncan of Mitchell, Betty (Dale) Briner of Mitchell; nephews, Billy (Michelle) Duncan of Mitchell, Doug (Robin) Duncan of Mitchell, Eric Holt of Mitchell, niece, Lorie (Dave) Murphy of Mitchell; great nephews, Tanner (Candy) Duncan of Mitchell, Isaac and Ian Beck of Mitchell, Tyler and Hunter Holt of Mitchell, Liam Duncan of Mitchell
His parents and brothers, Lonis Brock and Roger Tow, preceded him in death.
Graveside service will be at 2 p.m. Sunday at Leesville Cemetery with Pastor Skip MacCarthy officiating.
Condolences may be sent to the family at www.chastainfuneralhome.com
Loretta M. Richards – Mitchell
Loretta M. Richards, 82, of Mitchell, passed away Thursday, November 16, 2017, at Bloomington Nursing and Rehab Center.
Funeral service will be at 1 p.m. Tuesday, November 21, in the Memorial Chapel of Chastain Funeral Home & Cremation Center. Burial will be in Cresthaven Memory Gardens. Friends may call from 11 a.m. until the service on Tuesday at the funeral home.