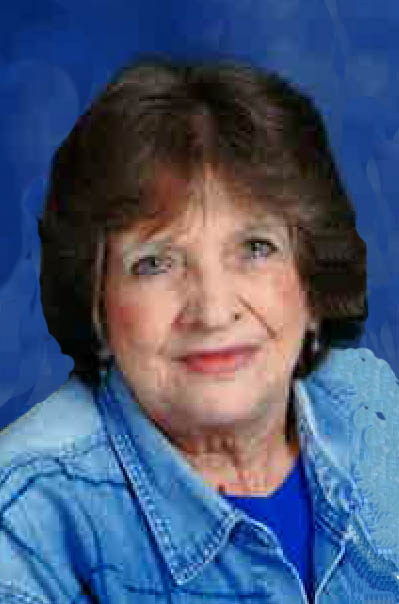 November 28, 1938 – October 17, 2017
Hazel Marie Pemberton, 78, of Mitchell, passed away Tuesday, October 17, 2017, at her residence surrounded by her family.
Born November 28, 1938, in Loogootee, she was the daughter of Leo and Elzina (Blake) Gilbert. She married James Pemberton September 1, 1953.
Hazel was a homemaker and loved being with family and friends. She enjoyed word searches and playing cards. Hazel was a member of the Mitchell Wesleyan Church and sang in the choir.
Surviving: husband, James Pemberton of Mitchell; children, Ila (Mark) Freeman of Mitchell, Andy (Debbie) Pemberton of Mitchell, Sam (Grace) Pemberton of Mitchell, Mark Pemberton of Mitchell, Clark (Rosemary) Pemberton of Mitchell; 16 grandchildren; 33 great grandchildren; 2 great great grandchildren; brother, Cletus (Ann) Gilbert of Bedford
Her parents; sons, Michael Pemberton and Eddie Pemberton; and siblings, John Gilbert, Charlie Gilbert, David Gilbert, Bobby Gilbert, Mary Jones, Juanita Marshall, and Opal Gordon, preceded her in death.
Funeral service will be at 1 p.m., Saturday, October 21, in the Memorial Chapel of Chastain Funeral Home & Cremation Center with Reverend Steve Jones officiating. Burial will be in Lawrenceport Cemetery. Friends may call from 3 p.m. to 7 p.m. Friday and from noon until the service on Saturday at the funeral home.
Condolences may be sent to the family at www.chastainfuneralhome.com
The Veterans of Foreign Wars Post No. 9107 Auxiliary will conduct a memorial service at 5:30 p.m. Thursday at the church.
Condolences may be sent to the family at www.chastainfuneralhome.com
Bernard Okonkwo Dibia – Bedford 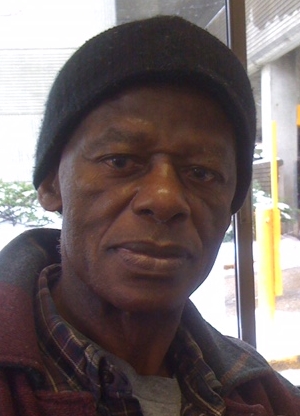 November 17, 1935 – October 12, 2017
Bernard Okonkwo Dibia, 81, of Bedford, died at 3:19 am on Thursday, October 12, 2017 at St. Vincent
Dunn Hospital.
Born November 17, 1935, he was the son of Jacob and Maria Dibia, a family that valued education. That background laid the foundation for his future love of travel and academic achievements. After attending elementary school in Nigeria, Bernard Okonkwo Dibia left Nigeria for England in February 1960. He attended Hendon College in London, where he obtained a General School Certificate of Education. While in college, he developed an interest in Slavic cultures.
To pursue this interest, he was awarded an academic scholarship by the Nigerian Students of Great Britain and Northern Ireland to study Russian Languages at the Moscow State University, in the now defunct Union of Soviet Socialist Republics (USSR). He left England in 1964 for Moscow and spent the first year at a language preparatory school before proceeding to Moscow State University. He obtained a Master’s degree in Russian Literature and Languages. Modules in his degree program included History of Russian Language, Literature, Psychology and Philosophy. He left Moscow in 1969 and proceeded to West Germany. Unable to find work in his chosen field, he spent about a year in West Germany and worked mostly in the construction industry.
In the early 1970’s, he received an award from the Foreign Aid Fund of Indiana University to continue his Slavic Studies, and received his Master’s Degree in education. He moved to Chicago and worked as a substitute teacher. He went back to Nigeria and applied to different universities to lecture and wrote for a children’s magazine known as ‘Kiddie Times’.
In early 1980’s, he returned to the United States and completed his PhD in Folklore Studies. He did his dissertation on “Taking in Ubululan: Origin and Evolution of a Traditional Political System”.
Later, he found work in the Parking Operations Department at Indiana University, a job which he did with dignity and to the best of his ability. After being a long-time resident in Bloomington, due to health reasons, he resided with his god-daughter until it was necessary to move to Stonebridge Health Campus where he was a resident for three years.
Growing up, he enjoyed playing the clarinet. While at Stonebridge, he enjoyed playing bingo and fun ball.
Family tree: a brother, Peter Dibia; twin sisters, Bridget Isichei and Mary Akindiji; a host of nephews, nieces and great nephews and nieces. He was a dear friend to Dr. Funso and Lyabo Oluyitan, James Denbraber, the staff at Olympus Courts and Stonebridge Health Campus. He was the godfather of Janice Nickeo Pendergrass, Robert Pendergrass; great godfather to Patshawna Faith Nickeo who will all greatly miss sharing family dinners and special times with him. The family would like to say thank you all, for your support, words of encouragement, and expressions of sympathy on behalf of Benard Okonkwo Dibia.
Funeral mass will be at 11 a.m. on Friday, October 20th at the St. Vincent de Paul Catholic Church with Father Rick Eldred and Deacon Dave Reising officiating. Burial will follow in Green Hill Cemetery. Visitation will be from 10 a.m. until the hour of service on Friday, October 20th at the St. Vincent de Paul Catholic Church.
The family wishes to thank the staff of Stonebridge Health Campus for their loving and respectful treatment
The family asks that friends consider memorial contributions be made to Bertha’s Mission.
Family and friends may express condolences at www.daycarter.com.